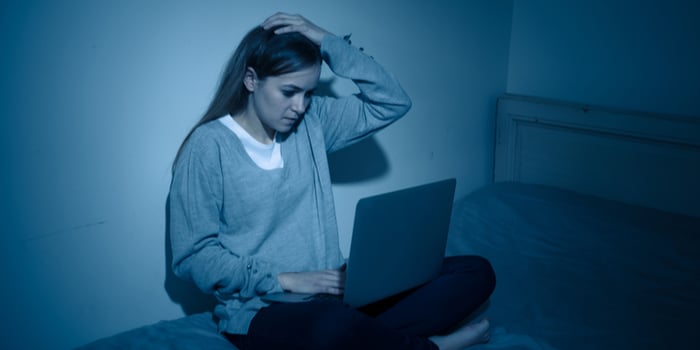 Editor's note: This post was originally written in August 2017, and has since been updated and republished for accuracy purposes.

The virtual world which most of us now inhabit on an almost 24 -7 basis has transformed our lives, introducing many benefits which have been positively life changing. According to an article by Finder, as of 2019, 79% of adults now own a smart phone. Also as of 2019, OFCOM reported that 9 in 10 5-15 year olds use any device to go online.

And, with The Guardian recently reporting that most children own a smartphone by the age of seven, it's clear that people of all ages have access to the online world.

But the growth of the internet and the prevalence of smart phones has a dark side. As the virtual world becomes an increasingly central part of life, it is no surprise that there are people who are exploiting it to commit crimes, causing deep anguish and profound damage in the process.

The worldwide web has become another vehicle for opportunistic criminals to carry out sexual offences against both children and adults.

Here, I aim to look at 2 types of these offences in this blog.

The perpetrator will often be an ex partner or person known to the victim.
Revenge pornography has become prevalent particularly among teenagers and younger adults, and is commonly associated with broken relationships. Usually out of spite or anger, one partner will release explicit material of the other that was sent to them during the relationship in an attempt to publicly defame or embarrass the victim. While the victim would most likely have consented to the images or footage being created and shared with their partner, they would not have consented to wider release.

Perpetrators may also use the explicit material to blackmail their victims into doing various things such as further sex acts, or as a way to extort money from them, in order to prevent the release of the indecent material.

Is the criminal law effective for revenge pornography?

From April 2015 to December 2015 a Freedom of Information request by the BBC showed there had been 1,160 reported incidents of revenge pornography, with some victims being as young as 11 years old.

61% of reported offences resulted in no further action being taken.

Being a victim of revenge pornography can be catastrophic. It can cause immense public shame and humiliation and have lifelong, far reaching consequences. It can cause profound distress and leave a victim constantly fearful and in a heightened sense of alert and paranoia, all of which can be debilitating.

It may also have practical knock on effects, like losing a job or finding it difficult to find a job. It can be extremely divisive and fracture family and social relationships.

So called ‘upskirting’ presents similar angsts and challenges. The recent story of the young woman who was a victim of ‘upskirting’ at a music festival shines a light on the ease by which unwanted pictures can be taken, at which point the victim has absolutely no control over the destination of the images.

An upskirt photo is taken up someone’s skirt without their consent and many find their way to dedicated upskirt websites which I understand are ‘big business’.

Perpetrators have even been known to position cameras in the top of their shoes.

Is upskirting a criminal offence in England & Wales?

Regrettably in Gina Martin’s case no action was taken against the man who had photographed her, because the perpetrator’s actions were deemed not to amount to a specific crime.

Had this happened in Scotland he could have been prosecuted under the Sexual Offences (Scotland) Act, which cites a specific offence of upskirting.

Can the civil law help?

To society’s shame, sexual violence offences generally have very low prosecution and conviction rates. The police, Crown Prosecution Service and the criminal courts are limited by a squeeze on resources. While every prosecution is welcome, the civil law court can provide another ‘route to justice’ - the end result being compensation.

Until fairly recently a civil claim for victims of those who have been the subject of non-consensual publishing of intimate or indecent images online, was not thought possible. However both here in the UK and across the Atlantic, there is evidence that the courts are ‘catching up’ with the exploitation of internet technology by criminals.

In the landmark UK ‘sexting’ case of ABC v Westheath 2000 Ltd a precedent was set for this specific area of law. In that case the child victim was encouraged to send indecent and explicit messages, pictures and videos of herself to her school teacher, which ultimately led to her entering into a sexual relationship with him. She pursued a civil claim against both him and the school which employed him, and won.

The case is important because for the very first time the judge made an award of compensation to the victim including a sum for the sexting, for which he awarded her the specific sum of £25,000.

It signifies the court’s recognition of the changing landscape and vehicle used by perpetrators of sexual violence.

Is the perpetrator a ‘man of straw’?

To successfully pursue a civil compensation claim against someone who has taken indecent digital images or who has distributed these without consent, you need to first be satisfied that they have sufficient financial assets to satisfy any judgment.

We would need to check that they owned tangible assets, and that any property they owned has sufficient equity in it. There would be limited value to a court judgment in your favour if the perpetrator was not then in a position to pay you your award of compensation.

While this area of the law remains under review, I predict that it is only a matter of time before victims consider using all legal routes at their disposal to seek justice, including the civil law.