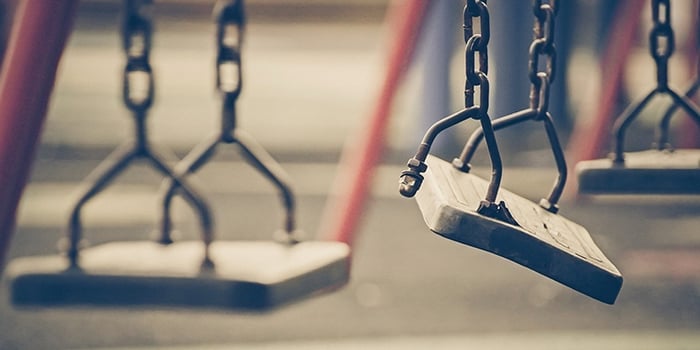 A survivor of sexual abuse by one of Britain’s most notorious paedophile shines light on stories of high level conspiracy allegedly involving senior political and establishment figures.
Stephen Briggs, now living in Scotland, has won a legal action against the school where abuse first took place, and he has been awarded a five figure sum in damages.
Mr Briggs, now 51, was 12 in 1977 when he was first assaulted, whilst a pupil at the Cavendish School in Ealing, London.

The assaults at that time were by Richard Alston, a teacher at the school which catered for children with special needs.
In September 2015 in a trial at Southwark Crown Court, Alston, was convicted of gross indecency with a child in respect of Mr Briggs. He was sentenced to 21 months’ imprisonment and required to sign the Sex Offenders Register for 10 years.
During the trial the court heard how Mr Briggs was assaulted whilst on camping trips with the school, and that he was lured into Alston’s flat as he delivered milk there.
Alston at that time co-habited with Peter Righton, who set up the notorious Paedophile Information Exchange (PIE) which advocated sexual relationships between adults and children, and campaigned for the lowering of the age of consent.
Once inside the flat, Mr Briggs was further groomed over a period of months, leading to sexual assaults by Alston and Righton on numerous occasions and over a protracted period. He was encouraged to invite his friends to the flat for the same purpose.
Charles Napier, another convicted paedophile and friend of Righton and Alston, also visited the flat to gain access to Mr Briggs and his friends.
Napier was convicted and sentenced to 13 years’ imprisonment in 2014 for sexually abusing boys between 1973 and 1983. He was the treasurer of PIE.
Righton, who died in 2007, was considered a leading expert on social work. He was the director of education at the National Institute for Social Work and an adviser to the Thatcher government on residential child care reform.
In 1992 he was convicted of possessing indecent images of children and fined £900.
In his diaries, Righton scored children according to how far the abuse went. This practice was revealed to Parliament by Tom Watson MP, whom Mr Briggs consulted after reading about Righton in a newspaper article.
It was following discussions with Tom Watson that Mr Briggs gave a statement to the police, as part of their Operation Fairbank into a high level paedophile conspiracy operating from Westminster.
Mr Briggs also approached specialist child abuse lawyer Tracey Emmott of Bedford-based Emmott Snell.
In statements to the police and to Tracey Emmott, he reveals that on one occasion he was taken by Righton in his car to London, to meet a man he later recognized as Cyril Smith, the leading Liberal politician. Smith was later revealed to have been a serial paedophile.
Righton also boasted of other friends in high places, including the late Leon Brittan, who was home secretary at the time. Brittan has come under scrutiny in several child abuse investigations, though has been cleared of involvement in at least one. His widow has received an apology from the police.
But Righton claimed Brittan could influence judicial procedures in his favour should Mr Briggs ever find himself in trouble.
Mr Briggs recalls that Righton was known as ‘the general’ among his friends who called at the flat and in telephone calls.
‘These are very murky waters,’ Tracey Emmott concedes. ‘There is no doubt of the appalling abuse suffered by my client. His three principle abusers have all been convicted of their crimes.
‘But it becomes an extremely sensitive issue once the allegations range more widely to include those in the public eye.
‘I am aware from my experience of previous child sex abuse cases that friends and supporters of those once in high places whose reputation may be at risk can react passionately in their defence.
‘For perhaps the best of intentions, they can use their influence to make further investigations difficult.
‘Here however, my client’s experiences for once lift the lid on one boy’s experiences and the lengths to which his abusers would go to ensnare children into their wicked schemes.
‘It’s clear from my client’s evidence that there were conspiracies, though we have no way of knowing yet how far those conspiracies went.
‘For Stephen Briggs, however, we can know how these experiences have affected him. The effects of the assaults on him have been life-long.
‘He has had and continues to have difficulties with trust and intimacy in relationships. He also suffers with depression.
‘But because of his courage and determination, the commitment of the police and the subsequent conviction of the former teacher, a five figure sum was awarded to my client by Ealing Borough council in an out of court settlement.’