Child abuse whilst in care - an example of institutional abuse 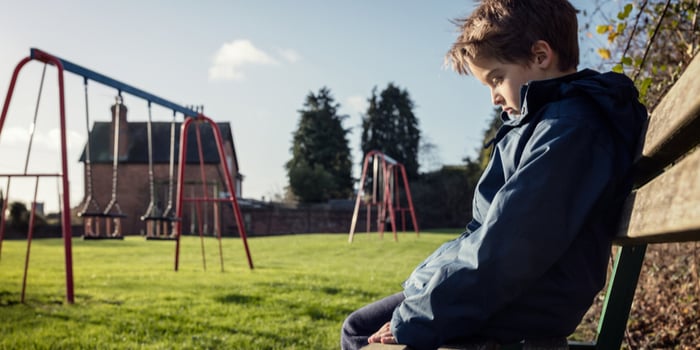 The Covid-19 health crisis and the lockdown that has proceeded are providing many with the time and opportunity to reflect on their present and past life.

For most of us, our childhood memories are happy ones filled with love and laughter.

Unfortunately, there are some who as children found themselves in the care system and placed in children’s care homes or in foster care. Such placements are intended for already vulnerable children to be looked after and safe. Sadly, this is not always the case.

Mr X was born in 1963 and suffered a difficult childhood.  When Mr X was around 13 years old, he was placed into the care of Hampshire County Council at Palmerston House, Romsey. Shortly after his arrival at Palmerston House Mr X was befriended by Mr D, the Deputy Head of the unit, who lived at the home. After a month or so Mr D started waking Mr X and taking him to his flat where he gave him alcohol and made him watch pornography and sexually assaulted him. The assaults progressed in their severity and became routine, occurring five times a week over an eighteen-month period. The assaults stopped when Mr X was moved to a different care home.

Mr Y was born in 1968.  He was removed from the family home and placed into the care of Surrey County Council in 1978 (when he was aged 10) and following assessment was placed at Burbank Children’s Home, Surrey. Mr D was the officer in charge of the Burbank Children’s Home and lived in at the home. Mr D subjected Mr Y to multiple serious, sexual assaults (including buggery and oral rape) during Mr X’s time there as a resident. The assaults stopped when Mr Y was removed from the home and placed in foster care.

Having succeeded in obtaining justice through the criminal courts, Mr X and Mr Y (separately) decided to pursue civil claims against the operators of Palmerston House and Burbank Children’s Home which were two separate local authorities. Both had been supported by Independent Sexual Violence Advisors who assisted them with contacting Emmott Snell Solicitors. In the course of the civil proceedings Mr X and Mr Y were examined by a court expert (a psychiatrist). The reports showed that Mr X suffered from Complex Post Traumatic Stress Disorder and Acute Polymorphic Psychosis and Mr Y suffered Post Traumatic Stress Disorder and (as a child) an Emotionally Unstable Personality Disorder, caused by or contributed to by the abuse they suffered from Mr D.  The medical experts noted the significant impact of the abuse on Mr X and Mr Y’s academic and vocational achievements, capacity to work and relationships. Treatment was recommended.

After serving the medical reports on the local authorities’ legal representatives, negotiations began which finally resulted in both Mr X and Mr Y being offered substantial five figure sums by way of out of court settlements. In order to protect Mr X and Mr Y’s entitlement to benefits personal injury trusts were set up.

Whilst no amount of money can make up for the harm that “Mr X and Mr Y suffered and the effect it had on their childhood and adult lives, it is hoped that the settlements may help them to find some closure, and provide important recognition for the lifelong injury they have suffered. It will also assist in obtaining the treatment they need to help them move on with their lives.

Until October 2017, the law failed children who were abused whilst in foster care, providing them with no avenue for financial redress though the civil courts.  The Supreme Court finally put this anomalous situation right in the landmark case of Armes v Nottinghamshire County Council.   Natasha Armes had been in local authority care from age seven to 18 in the 1980s where she had been abused by 2 separate foster care families.  She argued that the Council was legally responsible for the harm she suffered at the hands of her foster carers which included physical, emotional and sexual abuse.  8 years of seeking justice were finally rewarded when the highest court in the land ruled Nottingham Council was liable, despite being found not to be negligent in connection with the selection or supervision of the foster carers. The local authority were said to be vicariously liable.  In other words the Council is legally responsible because foster carers are deemed to be carrying out the local authority’s purpose or enterprise, as they are akin to employees of the Council.

In a BBC interview, Natasha Armes urged all victims of abuse at the hands of their foster carers to speak out, saying it was “not too late” for other victims to come forward.  This judgment brings consistency and clarity to the law, and welcome justice to all those children past, present, and future who suffer heinous acts of abuse in all its forms at the hands of foster parents.  It is hoped that there will be heightened vigilance on the part of the local authority to any indication of abuse in foster care, and appropriately robust response when abuse is detected or disclosed, so that vulnerable children will be safe when these ‘home-based professionals’ act out a ‘public parent in private household’. However laudable foster carers are, the local authority cannot escape legal responsibility once they hand vulnerable children over into their care.

If you have suffered childhood abuse whilst in care – either in a children’s home or in a foster home you may want to consider seeking justice by way of a civil compensation claim,  or you may simply want to find out more about the process. Please feel free to contact us on 01234 360140 or download our eBook which we hope may be of some assistance to you.