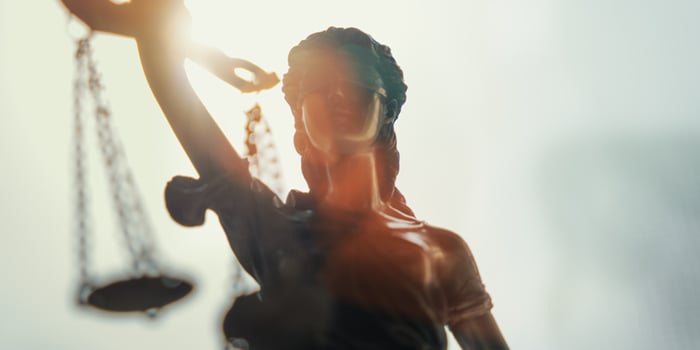 The Court of Appeal ruled today that the Portsmouth Diocese is legally responsible for child abuse committed by one of its clergy. The appeal is part of a civil action brought by Miss JGE (name withheld). She claims that she was sexually abused by a Catholic priest whilst resident in a children's home run by the church.

In November last year the High Court found that the church is responsible for the sexual misbehaviour of its clergy, a ruling which the church disputed.
The church had claimed that, on a technicality of employment law, it could not be held legally responsible because there is no formal employment relationship with their priests. But in the first hearing Mr Justice Macduff decided that the professional relationship between a priest and his bishop is sufficiently close so as to impose responsibility. The case involved the late Father Baldwin, a priest of the Roman Catholic Diocese of Portsmouth.

At the time of the alleged abuse he was 'vocations director' of the Roman Catholic diocese of Portsmouth and regularly visited The Firs children's home, in Waterlooville. JGE was admitted to the home in May 1970, aged seven.

The home was run by an order of nuns, the English Province of Our Lady of Charity. Father Baldwin was encouraged to have contact with the children and was granted generous and unsupervised access to them.

JGE alleged that during these visits Father Baldwin sexually abused her both within the home, in a private sitting room set aside for visitors, and in the vestry of the adjoining church of St Michael and All Angels.

The allegations arose in May 2006 after police came 'cold calling' on her and others who they suspected may have been abused, whilst investigating Father Baldwin's activities after receiving complaints.

Following the judgment, the Bishop of Portsmouth defended the late Father Baldwin and reiterated the church's position.

The Right Reverend Crispian Hollis claimed that no similar organization had been held liable for the actions of its office holders.

He also claimed that JGE's was the only allegation against a priest who he described as being of 'unblemished character'. However, before his death Father Baldwin had been the subject of an extensive police investigation, based on allegations against him from at least three other alleged victims.

"The majority of the Court of Appeal held that the relationship between a Roman Catholic bishop and a priest is one that can be regarded as sufficiently akin to employment so that the church may be legally responsible for abuse by a priest."

"This is absolutely the right decision. The relationship between a bishop and a priest of a Roman Catholic diocese has many of the hallmarks of an employment relationship, and therefore it is right and proper that the church should be held legally accountable for abuse by its priests."

"The wider implications of this judgment are significant, such that it is now settled that there no longer has to be a formal employment relationship for legal responsibility to attach to one party for the wrong doings of another. It may be enough if there is a sufficient degree of control by one party over the other, that the wrongdoer was carrying out the purposes or aims of the other, and if it is fair, just and reasonable. All these factors were found to be present in the relationship between a bishop and a priest, and therefore the Court of Appeal held that legal responsibility could properly and fairly arise."

"It is hoped that this ruling will now be accepted, and that victims of abuse by catholic priests can be treated with the dignity and respect they deserve."

The Portsmouth Diocese has applied for leave to appeal the judgment to the Supreme Court but this has been refused.