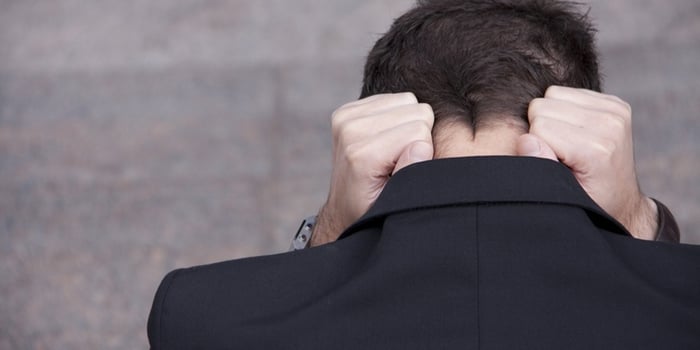 Most people associate personal injury claims with physical injuries such as broken bones, burns, lacerations, bruising or other similar injuries. This is probably because these are injuries that are easily visible and recognisable. But what about those injuries that are not so visible? Many people involved in accidents suffer psychiatric illness (sometimes referred to as nervous shock) either in addition to their physical injuries, or as a stand-alone injury.

Examples of cases where compensation can be sought for ‘stand alone’ psychiatric injury are:

These include but are not limited to:

Claims for psychiatric illness are similar to physical injury claims in that the psychiatric illness must be as a result of someone else’s negligence and should be brought within three years of the date of the accident. The potential claimant must have suffered an illness recognised by psychiatrists.

Symptoms of psychiatric illness vary in their severity but can be as equally and in some cases more debilitating than a physical injury. This should not be ignored and in the majority of cases require treatment just like physical injuries. Obtaining an early diagnosis and accessing treatment (such as medication and or therapy) is important to a person’s recovery. This can sometimes be difficult as symptoms may not become apparent for some weeks or months.

It is unfortunate that there is still some stigma surrounding psychiatric illness which may prevent individuals from seeking the appropriate medical assistance.

There are many types of psychiatric injury but typically include (and probably the most well known) the following:

There are two types of victims.

How do I claim compensation if I believe I have suffered psychiatric illness?

Psychiatric illness claims are usually complex with many obstacles to overcome (particularly when dealing with secondary victims).  In the first instance you should seek advice from a legal representative who understands how distressing and debilitating a psychological illness can be and has expertise in this area.

If you have not been able to access treatment your legal representative may be able to assist you with this.  The success of your case and the amount of compensation you recover will depend on the lawyer you choose. It may assist you to look at your potential lawyer’s website for case studies and written testimonials.

How will my compensation claim for psychiatric illness be valued?

Your legal representative will arrange for you to meet with a Consultant Psychiatrist who will prepare a report dealing with the circumstances of your accident, diagnosis, any effect on your academic achievements/employment and relationships and prognosis and any recommended treatment. This report is a very important document and will assist your legal representative and the court decide on the appropriate level of compensation you should receive.

Compensation for the injury itself (i.e. the psychiatric illness) will depend on the severity of your symptoms and your prognosis. In addition to this you can claim financial expenses such as loss of earnings (if your illness has caused you to be unable to work), care, travel to medical appointments, medication and therapy. Your legal representative and the court will also look at the guidelines set by the judiciary and previous decided cases.

"After an accident at work I have ongoing physical problems, which I can put up with. But the psychological injury is harder to deal with. Things like lack of motivation, getting angry and feeling down about trivial things. I have lost enjoyment in doing things I would have enjoyed before. At work I have had to stop doing things I have done all my working life because of a fear of things that might happen. Sometimes just being left on my own is all I want."

It is hoped that the above will encourage any individual who believes that they have suffered psychiatric illness or injury in circumstances as described above to seek appropriate medical assistance and treatment, and should they decide they wish to do so, legal assistance in the form of remedies for compensation.