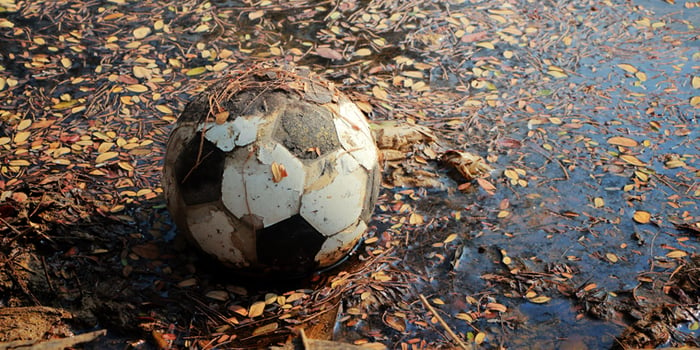 In response to the surge of disclosures of abuse in football, the FA set up an independent inquiry into the game’s sexual abuse scandal in December last year. Headed by Clive Sheldon QC, the inquiry is tasked to review and investigate allegations of child abuse in both boys and girls amateur and professional football clubs between the years 1970 – 2005. The FA has contacted 65,000 of its affiliated clubs, to assess what clubs knew about past sexual abuse, and determine whether there were institutional failures which contributed to a culture going unchecked for so long.

The inquiry will aim to establish whether these were isolated incidences of abuse, or whether there was a widescale ‘ring’ of abusers that has been covered up - evidence and witnesses 'brushed under the carpet' so to speak.

The figures released by the National Police Chiefs’ Council in May this year are appalling: 560 victims have come forward and 252 suspects have been named. Around 23% of the reported incidents relate to sport at professional level. Operation Hydrant, the specialist police unit investigating had received 1,432 referrals with almost a third (457) coming from the North West.

The inquiry will also be looking at so called ‘gagging clauses’ apparently not uncommonly used in ‘settlements’ reached when a young footballer has been brave enough to come forward. This ‘buying off’ of a victim’s silence has been described by the chairman of the Football Association Greg Clarke as ‘morally repugnant’. The revelation that Chelsea Football club had paid £50,000 to a former player, Gary Johnson, on the condition that he kept quiet about abuse he suffered by the club’s former scout, Eddie Heath, is an unfortunate example.

It is understood that the inquiry will be sifting through 5000 boxes of FA archives. A final report is not expected to be published until 2018.

That the FA is the latest institution to be forced to ‘get its house in order’, following similar scandals in both the Catholic and Anglican churches and the entertainment industry is to be welcomed. Ultimately, football clubs are responsible for the welfare and safety of their players.

Why does abuse happen in sport?

When I was an amateur youth playing for a local football club it was important that the coach/player relationship was an encouraging and nurturing one. The relationship between players and their manager or coach is often key to a team’s success. Players are desperate for playing time, eager to please both their parents and /or their coach. Sometimes this leaves players vulnerable.

Where there are many children vying for limited places, coaches, trainers and scouts hold a privileged position as gatekeeper to these opportunities. When such people are so respected, they can abuse the trust their players have in them.

Being part of a club often means spending large amounts of time with the coach, including going on trips to tournaments far afield, sometimes residential. These create an opportunity for institutional abuse to occur.

Coaching techniques often involve physical contact and extended close proximity. The football culture of banter and horseplay can provide the perfect setting for at least the start of the grooming process.

Effect of abuse in football

Often the affected player does not recognise what is happening to them before it is too late. They find themselves enduring the sexual abuse because they have been so emotionally manipulated by their perpetrator that they simply cannot ask him to stop. The subsequent feelings of shame and the fear of being stigmatized, losing their standing, and indeed their place, in the team further maintains their silence. Not being believed is a major factor in not speaking out. They cannot tell their parents - often equally groomed and duped by the abuser - for fear of letting them down and causing a fuss. In truth, they have become trapped. This feeling of paralysis can remain for years, often decades.

In adult life disclosure can be triggered.

When former players make the life-changing decision to break their silence it can be like lifting the lid off the genie in the bottle. What follows can cause great disruption and trauma, and the support of loved ones and professionals is essential.

For many it is important to try and find a route to justice, and many ex- footballers have started to do this. Reporting historic abuse to the police is the first port of call, not least to ensure that the perpetrator is not still abusing children. The police will hopefully prosecute and the perpetrator, if convicted, will go to prison. A civil compensation claim may then be considered.

How can I be compensated for past sexual abuse by a football coach / manager?

The football club who was responsible for hiring the manager or coach is legally responsible for any childhood abuse suffered, whether the club knew about the abuse or not.

Football clubs usually have insurance which covers compensation claims for past sexual abuse. If the coach/manager owns a house with substantial equity in it, then a compensation claim against him personally can be explored.

It is clear that for decades clubs up and down the country have tolerated a culture where sexual abuse has thrived. The fact that in March this year 8 professional clubs had not complied with deadlines imposed by the Inquiry was disappointing to say the least. Football clubs must take their safeguarding responsibilities seriously lest more children are failed.

Tim has worked for Emmott Snell since he was 15 and continues to do so, on an ad hoc basis, during his University holidays. He has just achieved a 2.1 Politics degree from the University of East Anglia and is about to embark on a M Sc in Marketing.