10 reasons why it's difficult to disclose childhood sexual abuse 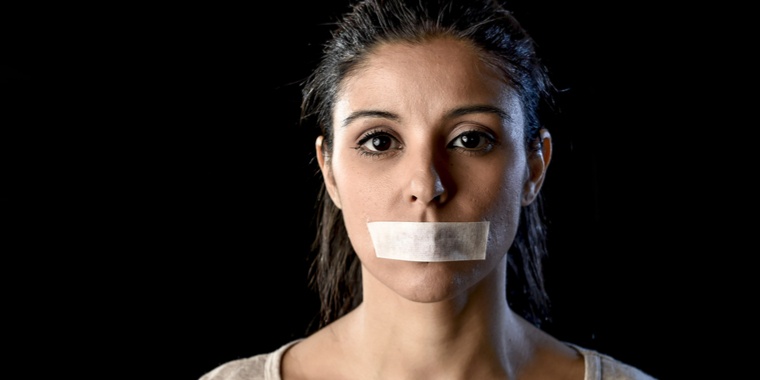 It is common knowledge that the English legal system is not overly sympathetic to adults seeking justice for childhood sexual abuse in the civil courts. The law in England and Wales is such that time to bring a civil compensation claim expires on the 21st birthday of anyone who was sexually abused as a child.

In certain cases, it is still possible to bring a compensation claim as an adult. One of the factors a judge will consider is a child abuse victim’s reasons for not coming forward sooner.

As a lawyer who has represented victims/survivors of childhood sexual abuse for almost a couple of decades now, I have heard time and time again reasons why people are often not able to come forward until deep into their adult life. Here are some of the most common:

1. Fear of not being believed

From a child’s perspective, the adult world controls and dictates their world. The imbalance of power between an adult and child is such that it is difficult for a child to express clearly and forcefully what is happening to them. The nature of the child/adult relationship is such that a child is often doubted (rightly or wrongly). It is hard for a child to assert themselves in everyday life, never mind speaking out about sexual abuse which is happening to them.

Victims of child sexual abuse often have a deep-rooted fear of speaking out, because of what might happen to them. A child who is a victim of sexual abuse may feel they have no alternative but to simply manage the status quo. They fear that disclosing will turn their world upside down – that they may be taken into care, their family may be split up, and so on. They may irrationally fear that they too will have to go to prison.

A victim of child abuse may feel deeply ashamed and “dirty” for allowing the abuse to happen. Such feelings inhibit a child from disclosing because they feel very bad about themselves. They may also feel immense guilt for “allowing” the perpetrator to abuse them. Some abusers will tell their victims that they are responsible for their abuse. Feelings of guilt and shame can last long in to adult life.

4. A wish to protect family members

5. A sense that the abuse was deserved

A child’s feelings of low self-esteem and self-hatred as a result of the abuse may lead to the misconception that they deserve what is happening to them. The sense that they have simply got their “just desserts” may live with a victim into their adult life.

6. A sense that disclosing is futile

Adults who were sexually abused as children may remember trying to tell someone in one form or another – e.g. by drawing a picture and leaving on a table for a carer to see, or articulating in a child-like way that something is happening about which they were uncomfortable.

Sadly adults may not have picked up on the cues and the child has felt ignored. Alternatively, a child may have spoken out about their perpetrator but were not believed and were punished instead. The ramifications of the adult response to their attempts to disclose may be long lasting and may serve simply to  compound the victim’s silence.

7. Being told by their abuser not to tell

Children innately want to please the adults in their world. If they are told by the perpetrator not to tell anyone about their abuse, it is hard to disobey them. Often children have an innate desire to be good, to receive the positive reinforcement of attention and praise from adults around them. Some perpetrators issue threats – for example saying that the child’s dad will lose his job, or that the child will be put back into the care system if they tell.  Such threats may linger long into adult life.

8. Social stigma of being a victim of child abuse

An adult who was sexually abused as a child may manage to lead a reasonably productive life. They fear the social stigma which may attach to them in the event that they disclose that they were abused as a child. They may feel that people may treat them or view that differently after they have disclosed. They feel their world will never be the same again. They fear it may affect their status at work, perception by their peers, and their close relationships.  All this stops them from disclosing.

Adults who have been abused in childhood can function for years, indeed decades, without memories of their abuse unduly interfering with their daily lives. They focus on building a career, a family and so on.

The consequences of their abuse may manifest in their daily functioning, but are kept relatively in check until a major trigger causes the memories to resurface and disrupts a person’s functioning in a major way. Triggers can include the adult survivor seeing covering of a sexual abuse story on television, or their own children reaching the age they were when they were abused.

It is not uncommon for those who have been sexually abused in childhood to suffer from a range of mental health difficulties in adult life. Clinical depression, Post-Traumatic Stress Disorder, adjustment disorders and anxiety are just some disorders which are linked to childhood sexual abuse. An adult may be grappling with managing these mental health symptoms which can mean that they are simply not well enough to  disclose what may in fact be a main contributing source of their mental health difficulties.

The effect of all the above reasons can greatly inhibit a person who has suffered sexual abuse in the past from talking about their abuse until they are well into adulthood.

When pursuing a civil compensation claim, it is important to identify the reasons which have prevented you from bringing a claim sooner. This may help when trying to persuade a court that you should be allowed to bring your claim even though you are “out of time”. A judge will consider many of the above reasons to be reasonable and plausible.

You should report your abuse to the police in the first instance, which will hopefully end in a conviction of your abuser. Successful criminal proceedings will maximise your chances of obtaining compensation through the civil claims process.

Next steps and support

When you are ready to disclose, you may wish to contact a civil lawyer in the first instance, who should immediately direct you to the police.  Your civil lawyer should be willing to support you in the criminal process. You should also be able to seek support from the ISVA service, so that you have support from a specially trained sexual violence advisor.

As the time limit problem is usually the biggest hurdle to overcome when bringing a civil compensation claim for non recent sexual abuse, it is key that you act as promptly as you can as soon as you are psychologically well enough to do so.