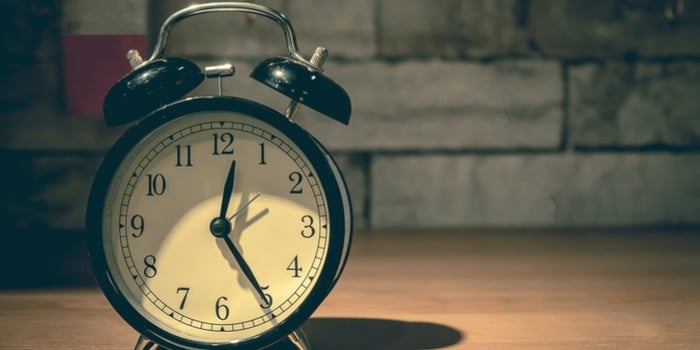 Last week Scotland abolished the long standing time-bar for survivors of childhood abuse to pursue civil damages. In the wake of this historic decision, another look at the time limit problem which still applies in England and Wales is timely.

The English legal system tends not to be overly sympathetic to victims of abuse with regard to the time period within which they can bring their civil compensation claim.

The basic rule in English law is that an adult who is harmed or injured must bring their claim within three years from the date of their injury. This means their claim must be registered at court by this time. If a child is harmed the clock only starts clicking when they reach their majority ie 18 years old, so they must register their compensation claim before their 21st birthday.

These rules have been in force since the Limitation Act 1980, and the legal principle is known as ‘limitation’.

If claims are not registered according to the court rules, all rights to bring a compensation claim are lost.

The civil law is in sharp contrast to the criminal law, as there is no time limit on a perpetrator being prosecuted in the criminal courts.

Judges do have discretion to allow a claim to go forward if brought at a later time. But, the court must consider the injured person’s reasons for not coming forward sooner, the length of the delay, and whether or not a fair trial is possible.

Getting the court to disapply the time limit rule is particularly difficult in cases where the abuser is deceased, and where there have been no successful criminal proceedings against the abuser.

There are many well documented reasons why a person who has been sexually abused as a child finds it immensely difficult to bring a civil compensation claim sooner. These include:

The effect of the above factors can greatly inhibit a person who has suffered sexual abuse in the past from talking about their abuse until they are well into adulthood.

There have been many cases in which discretion has been exercised in favour of survivors of abuse, and certainly in the last decade or so, there has been a tendency to assume the court will look favourably on a victim who is “out of time”.

However in the last couple of years, despite greater public openness and concern about child abuse, recent court judgments suggest the courts are becoming less lenient in their attitude to time limits in abuse cases.

See for example the case of GH v the Catholic Child Welfare Society. In December 2016the court ruled that the claimant had delayed unreasonably in taking forward his claim. The court was not convinced that the claimant had been left with psychological scars which were so deep as to make it difficult for him to speak about his abuse, and the medical experts did not take that view either. The claimant failed because the court found the trigger for legal action was simply that the claimant found out about claims being made by others, not that he now felt psychologically ready to deal with a claim. Another example is Archbishop Michael George Bowen v JL in January 2017.

Scotland introduced new legislation last week in the form of the Limitation (Childhood Abuse) (Scotland) Act 2017. This means victims no longer face a barrier which requires civil actions to be made within a certain period.

From 4th October, the three year limitation rule will be abolished, with retrospective effect. It applies to injury arising from childhood abuse, whether physical, psychological or emotional. It also applies to abuse which takes the form of neglect where the abuse started before the victim reached the age of 18. It will only apply to civil legal actions for damages resulting from child abuse since September 1964.

It should be noted that a defendant can oppose a victim’s claim if they can argue that in their entitlement to a “fair hearing” they consider that they will suffer “substantial prejudice” if the case proceeds which is sufficient to outweigh the claimant’s interest. So the Scottish law change is not absolute and still leaves scope for those defending a civil claim for non-recent abuse to persuade a court not to allow the claimant to succeed. It will be interesting to monitor how the new law will play out in practice in that jurisdiction.

The Minister for Community Safety and Legal Affairs Annabelle Ewing heralded the adult survivors referring to their “brave testimonies” in which they “made clear the great hurt and damage caused by the very same individuals and institutions who should have cared for them”. Ewing hopes the law change will ensure Scotland begin to “make amends for the grave failings of the past”.

It remains to be seen whether England and Wales will follow Scotland’s lead.  My understanding is that the Scottish law change came about as a result of huge persistence and campaigning by courageous survivors. My hope is that abolition of the time limit rule in non-recent abuse claims in England and Wales will be one of the key recommendations that come out of the Independent Inquiry into Childhood Sexual Abuse.

The time limit problem is usually the biggest hurdle to overcome when bringing a civil compensation claim in England and Wales. Key to a successful civil compensation claim is to act promptly as soon as you are psychologically well enough to disclose your abuse, ideally to the police in the first instance which will hopefully end in a conviction of your abuser. Successful criminal proceedings will maximise your chances of a successful civil claim because you will have clearly demonstrated that a fair trial has been possible.

Time limit law for abuse claims is complex and continuously developing. It is therefore essential that you instruct a lawyer who is experienced and skilled in this area of law so that you can get early advice on your potential for success.