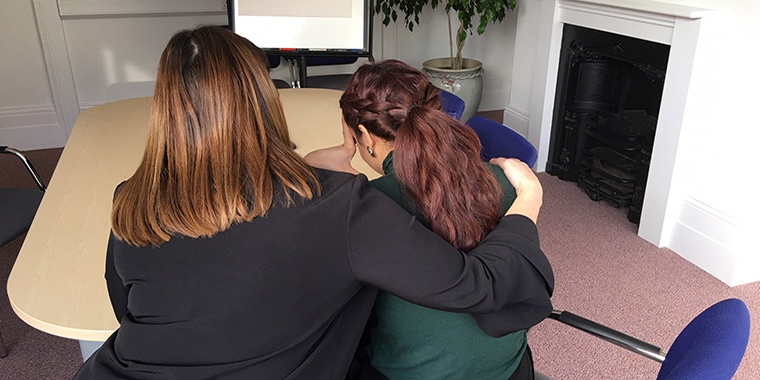 Editor's note: This post was originally written in 2017 and has since been brought up to date in honour of World Mental Health Day 2019.

Secondary mental health problems including compassion fatigue and secondary trauma are especially prevalent among those working in industries that require them to work closely with victims of trauma, or that exposes them to trauma on a secondary level. However it's not often given the attention it deserves and as a result, those at risk are not prioritising their own mental health.

We have written this post to advise and guide those who work within the social, healthcare, psychiatric and legal industries on how they can protect and manage their mental health during challenging times.

Compassion Fatigue (also known as Secondary Traumatic Stress/Compassion Stress) can be described as “the natural behaviours and emotions that arise from knowing about a traumatizing event experienced by a significant other – the stress resulting from helping or wanting to help a traumatized or suffering person” [Figley et al 1995].

It is common among those who work with trauma victims such as counsellors, police officers, independent sexual violence advisors (‘ISVAS’), and nurses and lawyers.

For those whose work involves being exposed to trauma, compassion fatigue cannot be prevented, but if recognised at an early stage can be managed to prevent it developing further into Secondary Traumatic Stress Disorder (DSM-V, 2013) and Burnout.

What are the symptoms of Compassion Fatigue?

The symptoms (which are wide and varied) can be both physical and psychological and may include (but are not limited to):

Failure to deal with early signs of compassion fatigue can lead to the development of secondary traumatic stress disorder and burnout. Burnout, which is usually associated with the workplace and develops over a long period of time, can be described as a state of physical, emotional and mental exhaustion.

Burnout can be remedied by taking time away from work such as a holiday. But in some extreme cases it could mean a change of job.

Secondary traumatic stress disorder is when an individual who is exposed to trauma experiences suffers similar symptoms of post-traumatic stress disorder. It is therefore important for those regularly exposed to trauma to be aware of the concept and able to recognise the symptoms in themselves and others and to put measures into place to prevent them from developing further.

Who is at risk?

Quite simply, everyone who is exposed to trauma in their day to day lives. That said it does not follow that everyone who is exposed to trauma will be affected. Some individuals (such as perfectionists or those who are overtly conscientious) will be more vulnerable than others. It can be said that the greater the exposure to trauma the higher the risk of suffering Compassion Fatigue. In an employment setting this risk can be heightened by large caseloads, long hours and a lack of support in the workplace. The remedy for the symptoms of compassion fatigue is self-care/treatment.

On 10 November 2017, Emmott Snell Solicitors were pleased to host the Professional Resilience Course written by Lee Moore and Sue Richardson and presented by Lee Moore.

As a law firm that specialises in child abuse and sexual assault civil compensation claims, and due to the nature of our work, the potential for exposure to our client’s trauma is great.

In recognition of this, all members of the Emmott Snell team attended the course together with guest attendees from other sectors including the police, a charity dealing with road traffic accident trauma, and the NHS.

The aim of the course was to help the attendees understand the nature of compassion fatigue, its effects (some of which are listed above), the risk factors and how to prepare, plan and respond these symptoms.

During the course, attendees completed a self-diagnosis test to assess their level of risk. We then had a group discussion where we talking about how to manage these symptoms and prevent them from developing into a disorder. This included thinking about individual self-care plans which commonly included:

Emmott Snell Solicitors would like to thank Lee Moore for presenting the course and making us aware of the concept of Compassion Fatigue. The course was informative, thought-provoking and presented with real understanding and humour. We all really laughed at the gnome references!

Following the course, the team at Emmott Snell Solicitors took action to deal with these symptoms, finalising our self-care plans.

It was suggested that the self-diagnosis test should be taken at least annually, to check and monitor risk levels. On the lighter side, we decided to arrange a team ‘fun day’ in February/March of 2018, which we look forward to.