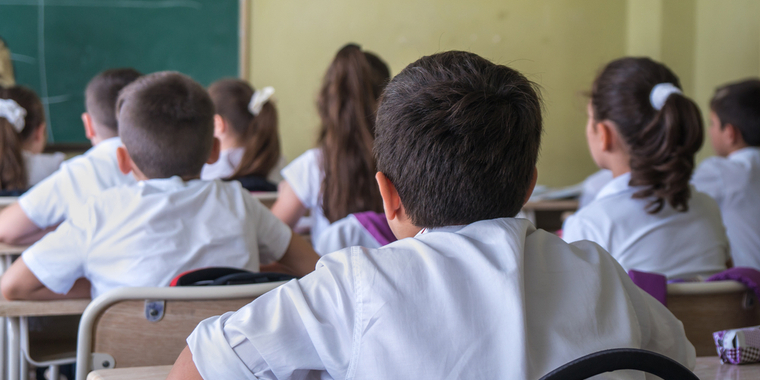 Four of Emmott Snell Solicitor’s clients (referred to in this article as ABE, AJC, ASI and ADJ  to protect their identities) have successfully obtained out of court settlements after bringing compensation claims against Heath Mount School for sexual assaults they suffered whilst pupils at the school. Each was groomed and suffered sexual abuse at the hands of Michael Curtis, a science teacher. They were all young children aged 7 to 8 at the time.

Yet another example of institutional abuse and flagrant breach of trust, Michael Curtis abused his position to gain access, groom and sexually abuse vulnerable and lonely children who he saw as easy targets.

Between 1980 and 1986 ABE, AJC, ASI and ADJ were full time boarders at Heath Mount School, a preparatory school in Hertfordshire. Isolated from their families and inevitably vulnerable and lonely, they shared a dormitory with other children. Michael Curtis was a live-in teacher at the school who also undertook night-time dormitory duties and supervised the boys getting ready for bed. After lights out, Michael Curtis visited their beds and in the guise of comforting them if they were homesick, or to help them to get to sleep, he would abuse them.  He would start with caressing them over their pyjamas before moving his hand under their bedclothes and pyjamas, fondling their genitals.

Michael Curtis also sexually assaulted ABE whilst he was sitting on his lap in a school minibus. Michael Curtis had his hands placed firmly on my client’s hips (so he was unable to move) whist having an erection.

ABE was also subjected to corporal punishments by the headmaster Reverend Ian Watson whilst a pupil at Heath Mount School. Watson would force him to bend over an armchair in his office with trousers down, when he would be brutally repeatedly beaten on naked buttocks with a thick leather sandal. This took place on over 90 occasions.

Our courageous clients reported their abuse by Curtis to Hertfordshire Police who investigated.

On 14 December 2017 Michael Curtis was convicted of 4 counts of indecent assault and one count of sexual assault on a child at St Albans Crown Court and on 15 December 2017 and he was sentenced to six years’ imprisonment (concurrent). Curtis was also made subject to a Sexual Harm Prevention Order and placed on the Sex Offenders register.

Following Curtis’s conviction ABE, AJC, ASI and ADJ decided to pursue civil actions claims against Heath Mount School, to recover compensation for the lifelong suffering they had endured as a consequence of childhood sexual abuse. Their claims were founded on the argument that the school was legally responsible for the crimes committed by their employee, Michael Curtis. The police and medical records were collated. In the course of the civil proceedings each claimant was examined by a psychiatrist, who provided the medical evidence to support and quantify their claims.

The medical evidence showed that all our clients had been profoundly affected by their sexual abuse by Michael Curtis.  Diagnoses ranged from Generalised Anxiety Disorders, Recurrent Depressive Disorders and Post Traumatic Stress Disorders. The expert found that many aspects of their lives had been adversely affected as a consequence of the abuse, including relationship difficulties, substance abuse and fragmented work histories and difficulties in the work place. Treatment recommended included trauma focused CBT (Cognitive Behavioural Therapy) and EDMR (Eye Movement Desensitisation and Reprocessing).

Following service of the medical reports and schedules setting out each client’s financial losses, negotiations began towards out of court settlements.  Negotiations finally resulted in the claimants achieving four/five figure settlements.

As part of their settlement, ABE, AJC and ASI requested an apology  from an appropriate representative of Heath Mount School. Heath Mount agreed to offer apologies, expressing “profound regret” for the abuse suffered, and acknowledging that Curtis “exploited the confidence placed in him as a teacher” and that he caused “significant harm”.  The School said they took “safer recruitment of all members of staff and the care and well being on their pupils exceptionally seriously to avoid any such event happening again”.

Whilst no amount of money can make up for the harm that our clients suffered and the effect it had on their childhood and adult lives, it is hoped that the settlement may help them find some closure, and provide important recognition for the lifelong injury they have suffered. It will also assist in obtaining the treatment they need to help them move on with their lives.

Emmott Snell Solicitors have successfully represented many victims of sexual abuse including those abused in an educational setting and understand the institutional legal and emotional issues involved.  During these difficult times many of us are reflecting on our lives and in particular our childhood. If you have suffered childhood abuse and are considering making a civil claim or simply wish for further information, please don’t hesitate to contact Emmott Snell Solicitors for an informal initial chat or download our eBook which we hope may be of some assistance to you.