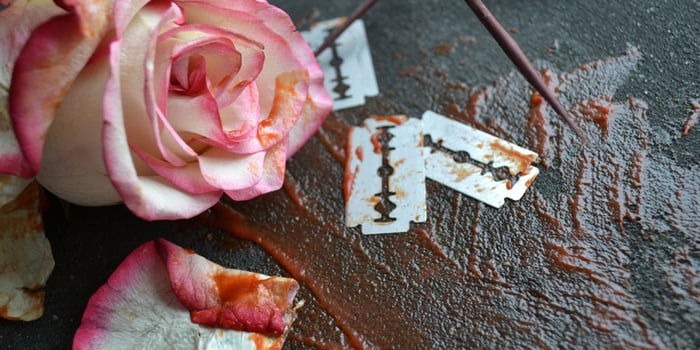 The BBC soap EastEnders has been praised for raising awareness in their most recent plotline around the emotive issue of female genital mutilation (FGM). Famous for never shying away from communicating difficult and important issues, the soap focuses this delicate subject around the storyline of the character Mila Marwa. As a child, Mila underwent the horrifying procedure of FGM herself, and becomes fearful of the same thing happening to her younger sister, confronting her mother on her true reasons for sending her sister away to Africa.

Female genital mutilation (FGM) is the partial or total removal of the female external genitalia or other injury to the female genital organs for non-medical reasons which holds no health benefits. It is often referred to as ‘cutting’. In most cases, this “ritual” is carried out before a girl reaches puberty with the intention of inhibiting a female’s sexual feelings, deriving from reasons of social acceptance, religion, hygiene, preservation of virginity, marriageability, and enhancement of male sexual pleasure.

Many communities where cutting is prevalent believe that it ‘purifies’ girls, raising their status within the community and preventing promiscuity. FGM is very painful and has the potential to seriously harm the health of girls and women, including long term issues with sexual intercourse, childbirth and mental health. It is considered a fundamental violation of the human rights of girls and women and as a form of child abuse in the UK. Essentially, FGM reflects deep-rooted inequality between the sexes and constitutes an extreme form of discrimination against women and girls.

FGM is most common in Africa, with the main concentration of practice focused in Western, Eastern, and North-Eastern regions of Africa and in some countries the Middle East and Asia, including India and Indonesia. However, the issue is not limited to these areas as the practice is often carried with migrants from these countries to other parts of the world, making FGM a global issue. It is estimated that around 200 million girls and women worldwide alive today have fell victim to FGM. Around 137,000 of these women and girls live in England and Wales.

FGM is illegal in the UK. In England, Wales and Northern Ireland, both civil and criminal legislation on FGM is contained in the Female Genital Mutilation Act 2003. The first conviction of FGM in the UK was in February 2019 and can be read about further in our blog post.

Under the Female Genital Mutilation Act 2003, it is an offence to:

As young girls are most likely to fall victim, it is fundamental those in a position of authority ensure that the Safeguarding policies are enforced so any child deemed “at risk” of FGM is protected. As Jeremy Weston QC, a leading barrister who specialises in Family Law said:

“FGM is an evil practice internationally condemned and in clear violation of Article 3 of the European Convention for the Protection of Human Rights and Fundamental Freedoms 1950. It is a repulsive practice...deleterious to women’s health”.

It is therefore crucial that conversations around the topic are had, for the sake of protecting children from undergoing this horrific crime to which they are defenceless. As Charlotte Proudman, a highly regarded barrister who specialises in gender-based violence, points out:

“The government’s priority seems to be creating more legislation around FGM”.

This is definitely a step in the right direction, but there is surely more work needed to be done in funding specialist services and raising awareness.

A compensation claim - another form of justice?

Offenders under the Female Genital Mutilation 2003 Act can be brought to justice in the criminal courts. In addition, or as an alternative to criminal proceedings, it may be possible to claim financial redress in the form of compensation. There are 2 options:


A civil claim can be directed at the person who carried out the FGM, as in law FGM is treated as an assault arising from which damages (compensation) are recoverable. The risks of pursuing an individual are considerable, including whether they have sufficient assets to pay any compensation ordered.


An application can be made to the The Criminal Injuries Compensation Authority (CICA). The CICA is a body set up by the government to compensate victims of any crime of violence. It makes financial awards to those who have suffered physical (including injury to the genitalia) and psychological injury caused by a criminal offence committed against them.

Due to its secretive nature, it is increasingly important to raise awareness of FGM and we were so especially pleased to see EastEnders use their platform to help do this. As Stephen Mold, Police and Crime Commissioner for Northamptonshire, points out:

“It is extremely important that we take a proactive approach to protecting those who may be vulnerable to crime, and raising awareness around Female Genital Mutilation will be key to helping to prevent a horrific act that has such a devastating impact on victims”.

Only by way of us all taking responsibility and opting for a proactive approach of raising awareness, will we ever protect women and girls from falling victim.