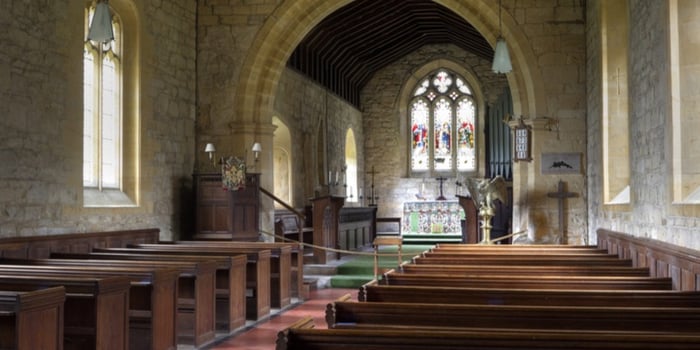 In view of the upcoming public hearings of Child Abuse in the Anglican Church before the Independent Inquiry into Child Sexual Abuse, the recently settled case of abuse victim, ‘ARJ’, a civil compensation claim in respect of abuse of a child by a vicar in a London Diocese is topical.

This firm was instructed following the successful prosecution of retired vicar John Hibberd who on 13/5/2015 was convicted of 6 counts of indecent assault relating to 3 complainants at Kingston upon Thames Crown Court.

John Hibberd was sentenced to 7 years and one month imprisonment, and was made to sign the sex offenders register indefinitely. The gentleman this firm represented in a civil claim was one of Hibberd’s victims who gave evidence in the criminal trial.

As a child, ‘ARJ’ had attended St James Church, Gunnersbury with his mother, which was his local parish Anglican church, where he became an altar boy. The vicar, John Hibberd, won his confidence by befriending and grooming him.

As an altar boy, he participated in Sunday services as well as baptisms and weddings during the weekends.

Between 1977 and 1983 when the claimant was around the ages of 7 to 12, Hibberd sexually abused him, the abuse escalating in severity and regularity over a six-year period.  The sexual assaults took place in the church vestry and the vicarage. At the age of 12/13 John Hibberd confirmed our client and began attending secondary school, when the abuse ended.

‘ARJ’ unsurprisingly endured troubled school years. His behaviour at school severely deteriorated which led ultimately to his expulsion from school at 13 years old. He lost all faith in authority, and at 14, ended up in the criminal justice system, sent for family therapy at a psychiatric clinic.

To his great credit he managed to complete A levels and progressed to art college, but was not able to complete his course due to mental health difficulties.  After some years of erratic employment compounded by heavy drug use he set up a media company which became relatively successful and profitable.

Following the Jimmy Savile abuse scandal in 2012 and decades of seeking to repress memories of his abuse by John Hibberd, ‘ARJ’ summoned the courage to report it to the police in February 2013.

Unbeknown to him, two other independent corroborative allegations had been made against John Hibberd.

A police investigation followed by a prosecution. John Hibberd pleaded not guilty throughout. Following disclosure ‘ARJ’ suffered a serious downturn in his mental health, including flashbacks, insomnia, and a state of hypervigilance and anxiety.

After the criminal prosecution ‘ARJ’ pursued a civil compensation claim against Hibbert’s ‘employers’ the Anglican Church who were alleged to be vicariously liable for his abuse. The matter was dealt with by the church’s insurers.

To fully quantify and evidence ‘ARJ’'s claim, a detailed medical report was obtained from a psychiatrist who diagnosed Complex Post-Traumatic Stress Disorder.

She confirmed that the deterioration in his mental health had had a significant inhibiting effect on ‘ARJ’'s capacity to contribute to and sustain the running of the business, noting a significant decline in his company’s earnings.

Company accounts were collated and analysed and a significant lost earnings component was presented as part of ‘ARJ'’s claim.

Similarly, costs relating to the specific treatment recommended by the psychiatrist (and travel costs) were researched and factored into ‘ARJ’s claim.

Finally, an appropriate sum for ‘pain and suffering and loss of amenity’ was considered and presented as part of ‘ARJ’'s overall claim.

The church’s insurers in this case took the fairly unusual step of obtaining their own medical evidence. This led to considerable delay and angst for ‘ARJ’, compounding for him a process which was already very difficult, and protracted his ongoing and severe psychological symptoms.

Following exchange of both parties’ medical reports negotiations commenced which fairly swiftly resulted in an acceptable sum being reached, by way of an ‘out of court’ settlement, of a substantial five figure sum. The settlement sum will enable ‘ARJ’ to take up the much needed treatment he needs, and contribute to help him to resurrect his business.

The compensation finally arrived at by no means fully compensated the victim/survivor in this case.  No amount of money would.

Nonetheless, it represents a formal acknowledgment and recognition by Hibberd’s employers of his significant breach of trust and betrayal. And to that end, it has served a purpose.