Sexual assault in the hospitality industry 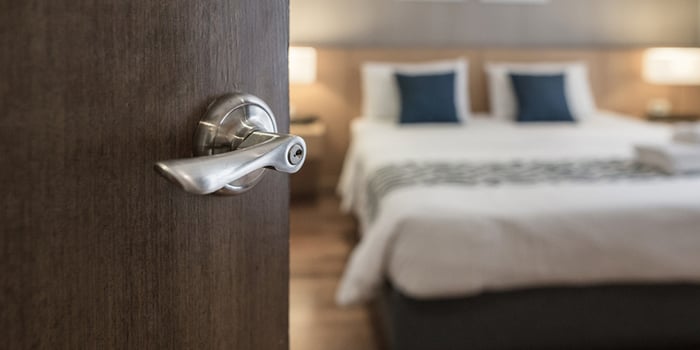 Women on their own who are hotel guests, or indeed women employed to provide room service – can be vulnerable to sexual predators.

We acted for Ms X who was helped back to her hotel room by two work colleagues in the early hours of the morning having consumed alcohol after a work party.  She was unable to locate her room card and enlisted the night porter’s help in obtaining a new one, with the help of the male receptionist. Her colleagues left her safely despatched in her hotel room. During the night our client awoke in pain to the find the night porter lying on top of her having sexual intercourse with her. She was aware of another man who she believed to be the receptionist in her room. She then recalls losing consciousness. She woke up later suffering pain in her vagina, and found that her bottom half was unclothed. She left the hotel immediately returning to her home. That evening she received Friend Requests on Facebook from the men she recognised from the night before, which she immediately blocked.

Our client gave evidence at the trial of her assailant the night porter at Crown Court and later that year he was found guilty in relation to allegations by two complainants, including our client. He was found guilty of the rape of our client and received a prison sentence of nine years.

A civil claim was pursued against the hotel who defended on grounds that the night porter was employed by a security company to which the hotel had outsourced security. The security company was pursued also, who also defended the claim. Both defendants argued that it would not be possible to successfully argue that either the security company or the hotel chain was vicariously liable for our client’s sexual assault, because the ‘close connection’ test was not met to prove vicarious liability.  They argued that the night porter’s criminal conduct was in no way closely connected to his job or an extension of what he was permitted to do nor, and nor was he purportedly exercising powers given to him by his employer.

The defendants relied on recent cases which arguably narrow the doctrine of vicarious liability which until recently appeared to have been widening.

During the course of the civil claim, Ms X was examined for the purposes of her civil action by a court expert who was a consultant psychiatrist whose report helped to quantify her claim. The expert found that Ms X suffered from Post Traumatic Stress Disorder which the expert found was caused by the assault. The expert found that the PTSD negatively impacted Ms X’s marriage and contributed to Ms X’s problems at work. Moreover, the expert felt that Ms X’s participated in the criminal trial were deeply distressing for Ms X and had led to execration in the PTSD at the time.

Ultimately the defendants did settle my client’s claim, and damages were agreed in a five-figure sum.

This is a claims area which is gaining momentum, and as a survivor focused firm it is important to present sexual assault claims in ways which challenge and extend the boundaries of the close connection test, so that employers may find themselves vicariously liable in more instances than ever before.

It is important to note that each case is fact sensitive and all evidence will need to be analysed carefully to determine whether vicarious liability can attach.