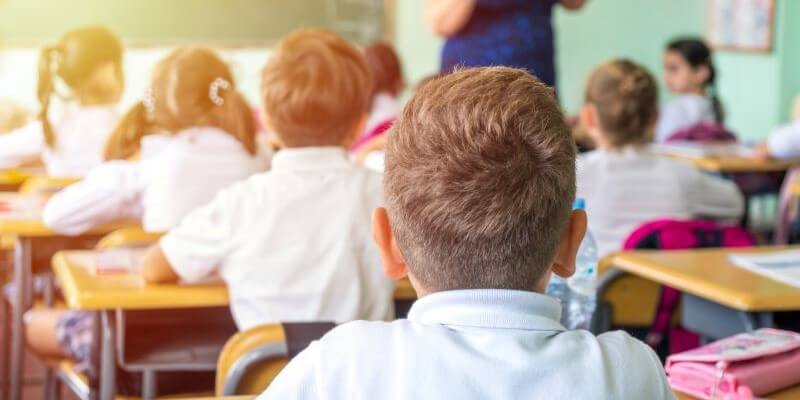 Hampshire Constabulary are currently conducting an investigation called "Operation Seaside" into allegations of sexual abuse at Bembridge School on the Isle of Wight. Bembridge School was a public school which taught children aged 9 to 17, which closed on 23rd September 1997. It was also a boarding school.

The allegations are of sexual and physical abuse understood to have taken place at Bembridge School in the 1980’s. Bembridge School was owned by The Education Trust Ltd which sold the site and buildings of the former Bembridge School to Ryde School with Upper Chine in 1997. It has been stated that the schools were not linked prior to this acquisition.

The allegations were first made public in a Facebook group last year. It has had local press coverage, and there are concerning reports of non-recent allegations not being properly investigated or referred to the Crown Prosecution Service.

Justice in the Civil courts

I have been instructed by a number of Bembridge Schools survivors to pursue civil compensation claims arising from their abuse at Bembridge School. I would like to invite anyone who is willing to share information which you think may be of help to contact the police on 101 in the first instance, quoting ‘Operation Seaside’.

Such information is also likely to be relevant in any civil compensation claim so please feel free to get in touch with me on a completely confidential basis. I would be pleased to speak to you.

In February 2018 I published a blog about Sexual Abuse in Boardings Schools,  some extracts of which I am republishing here, in the context of more revelations about boarding school abuse:

It is argued that British boarding schools are among the most influential institutions in the UK, delivering up many prominent politicians, leaders of industry, judges and doctors.

The ‘tried and tested’ British model has been duplicated in the colonies, many similar establishments being set up globally. As a product of one of these, the notion of sexual abuse in boarding schools is one close to my heart. I feel eternally thankful that despite being at boarding school from the age of 7 to 17 years old, seeing parents only 3 times a year during the school holidays, I somehow managed to escape a fate which others did not.

The extent of the opportunities available for predatory paedophiles in institutions such as boarding schools is immense. Staff responsible for the boarders have unfettered access to every aspect of a child’s life and space, from being the first to wake them in the morning to putting them into bed at night. Indeed, they have access to their proteges throughout the night, matrons or house masters living in very close quarters to them, often in a room adjacent to the dormitory. They supervise showering, personal care, and their social activities. They have a pastoral role, and are meant to assume the role of a child’s mum or dad. They will often have intimate knowledge about a child’s home and personal life which they can use to manipulate and control a child for their own ends. Some teachers often have a dual role of teaching and doing boarding house duties, giving them ample access to any particular child who they choose to target and groom.

Any child who is apart from their parents for any length of time is going to be vulnerable, but some at boarding school may be especially vulnerable, parents choosing to send a child to boarding school to protect them from turmoil at home such as a marriage breakup, or a parent suffering mental health difficulties – and a paedophile is quick to pick up on such a vulnerability.

The often strongly disciplinarian approach and clear divide between children and staff engenders a culture of intimidation and fear, stifling any hope of a child speaking out. In this isolated context, a child is utterly helpless.

ITV’s recent Exposure documentary published some interesting statistics obtained from the UK police under the Freedom of Information Act:

The Boarding School Association subscribes to a ‘Commitment to Care Charter’ which outlines fundamentals such as:

In the ITV programme, Simon Bailey, head of Operation Hydrant, (a nationwide British police investigation into allegations of non-recent child sexual abuse) stated that abuse in schools is the most prolific form of institutional abuse which British police forces are investigating.

The programme highlighted "grotesque failures" by a number of high profile public schools when dealing with allegations by children against teachers.

As a child abuse lawyer, I too have seen appalling dereliction of the duty of care these schools have to the children entrusted to them.

No legal duty to report abuse

Schools are bound only by statutory ‘guidance’ to report known or suspected abuse. While all schools are expected to have sufficient safeguarding processes in the first place there is no legal requirement to report abuse.

The Boarding School Association, the Independent Schools Council, the NSPCC, and Mandate Now are among a number of organisations who support the campaign for mandatory reporting of suspected or known child sexual abuse.  In 2016 the government held a public consultation about mandatory reporting – their report is awaited.

Many victims of abuse in boarding schools want not only answers and justice, but an apology from the school for what happened to them.

It is possible that schools who have been blighted by paedophile teachers hold back from making formal apologies because this may have implications for any civil compensation claims brought by victims. They also have reputational issues to preserve so are probably advised to say as little as possible to minimise circulation of damaging material.

In theory, victims can pursue redress through both the criminal or civil justice routes. Those bold enough to speak out (often later in life) should report their abuse to the police. If their abuser is still alive an investigation and hopefully a prosecution will follow. Some victims derive some closure and satisfaction from seeing their abusers being convicted and sent to prison.

Others don’t have the option of criminal proceedings, because their abuser may have died or suffered from dementia. An alternative for them may be a civil claim against the school, which has the dual benefit of holding the school accountable for their safeguarding failings, and recovering compensation (which can be used for much needed treatment, for example).

Compensation claims against private schools are sadly all too prevalent.

It is open to a victim to pursue justice both in the criminal and the civil courts.  A civil compensation claim has greater chances of success where a conviction has been secured.

The statistics show that it is plain that sexual abuse in boarding schools cannot be consigned to the past. It continues to be an issue even today, and there can be no place for complacency.

Regardless of the rights or wrongs of boarding school, what is vital today is a robust and transparent approach to the safeguarding of children, with a demonstrated openness, honesty and vigilance on the part of all who are meant to care for the children in their charge. Only then is it feasible that children in boarding establishments will not suffer the same level of abuse that has happened in the past.