Breaking the silence about your child abuse: A New Year's Resolution 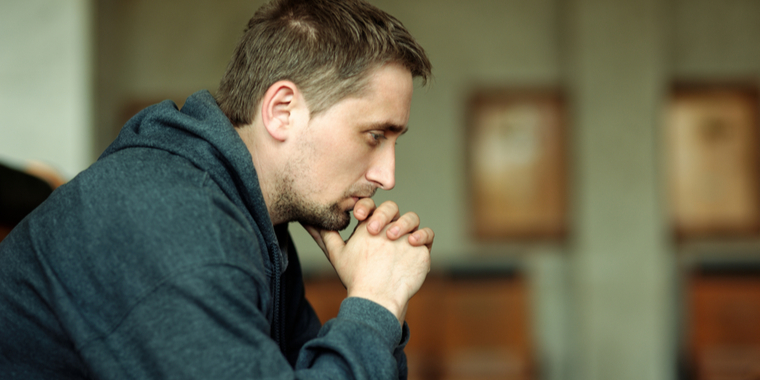 BBC news has recently reported that in the wake of the Jimmy Savile sexual abuse scandal the number of historical sex offences recorded by the police rose by 9% and the National Association of People Abused in Childhood said that “victims now felt more confident about speaking out”.

For any victim of sexual abuse speaking out takes great courage and it can be difficult to know where to start. Here are 5 things which might offer you assistance and encouragement if you are considering taking this step in 2020

Speaking out for the first time – why it’s so difficult

There are a number of reasons that prevents victims of sexual abuse from speaking out. These include feelings of guilt and shame, and a fear of not being believed and fear of reprisal. Many victims are afraid of upsetting family members and in particular elderly parents. It is not uncommon for a victim of sexual abuse to make the decision to speak out following the death of their parents and/or close family members. Whatever your own particular reason It is important to understand that what happened to you is not your fault, there is nothing wrong with you and appropriate support should be sought.

Where do I start and who do I tell?

It is important to find someone you trust. This may be a family member, friend, doctor or a specialist charity such as the Survivors Trust, NAPAC, NSPCC and MACSAS.

You should also consider reporting to the police. It is your decision whether to report to the police although it is to be encouraged particularly where there may be safeguarding issues. The police are there to listen to your complaints and take the appropriate action. The CPS (Crown Prosecution Service) make the decision whether to prosecute. It may be that your report to the police encourages others to come forward. Many victims are fearful of how they will be treated by the police particularly if the offences took place sometime ago and by someone who is viewed as a person in authority or possibly high profile. You should be reassured that the police will take your complaints seriously and that you will be treated with respect and sensitivity. Police forces around the county have specialist teams who are trained in this area and will not be shocked at what you have to tell them.

The police may put you in touch with an ‘ISVA’ (Independent Sexual Violence Advisor) who is a person  trained to look after the needs of victims of sexual violence and abuse, both historical and current.

The police can also refer you a Sexual Assault Referral Centre (“SARC”), a specialist medical and forensic centre which is for anyone who has been the victim of rape or sexual assault. .

If you decide to pursue a civil claim for compensation (although this may not be at the forefront of your mind at this time) a conviction (particularly where the abuse is non-recent) puts you in the strongest position possible.

Is compensation an option?

The nature of abuse is that it often remains suppressed for many years. Victims of abuse are often silenced by threats from their abuser, or by the guilt and shame associated with what happened. The civil process is a way of 'speaking out'.  Many people who embrace the civil compensation process see it as a form of catharsis, and an important step in their recovery. Pursuing a civil compensation claim can be about making the transition from 'victim' to 'survivor'. It can be about taking control of the effects of abuse and over the abuser, which may be empowering.

Successful sexual abuse claims result in the award of ‘damages’, or compensation. While no amount of compensation will ever be truly reflective of the harm done to you, it can be important validation  and represent formal recognition for what has happened. Payment of compensation can be seen as a form of an admission of guilt.

Compensation can help victims in accessing expensive counselling treatment  for the abuse, not readily available on the NHS. Compensation claims can also be preventive. Civil claims against organisations such as schools and churches can lead to greater vigilance and improved social work standards and practices, something that we all welcome. Ultimately your claim could lead to better safeguarding and protection of children today and in the future. Alongside seeking proper compensation for you, your lawyer will make every effort to secure an apology if you want one.

Who can I claim compensation from?

You can bring a legal action against the person who abused you personally, or their employer, or the organisation which they represented at the time.  Who you can pursue will be determined by a number of factors which your lawyer can fully advise you on. You can pursue a claim for compensation against the perpetrator of the abuse, whether it be a family member or friend, as an individual.

It will be essential to first establish whether they have any assets e.g. a property with substantial equity in it, before deciding whether to take action against them. Often an individual will not have the assets to be able to sufficiently compensate you for the suffering they have caused you, and therefore a claim against them in their individual capacity may be difficult. Depending on the evidence, if they have recently died it is possible that their estate can be pursued instead.

It may be possible to bring a legal claim against the perpetrator’s employers at the time of the abuse, even if the perpetrator is not working for them anymore. If your abuser was a volunteer, such as a Scout leader or sports referee or coach, their ‘employer’ can generally be held legally responsible.  The perpetrator’s employers can only be held accountable for the employee’s abuse if their actions were closely connected to the duties of their employment. The definition of ‘employee’ is wide and includes volunteers, so long as it can be said that the volunteer is carrying out the purpose of their employer’s enterprise.

Most employers and organisations have insurance which means that if you are successful, compensation will be paid by their insurance company.

Are there any time limits I need to be aware of?

There are no time limits in criminal law to reporting that you have been sexually assaulted – a prosecution of an alleged perpetrator can take place at any time (so long as they are still alive).

Whichever route you go down, whether a criminal investigation ensues, or whether you pursue a civil compensation claim (or both occurs), it is strongly recommended that you have in place appropriate emotional support. This support can be in the form of professional support e.g. therapy or from friends and family.

Disclosing childhood sexual abuse, which might have been “filed away” for decades, can be traumatic. The more information you can find out about the process of disclosure and what it might mean for you, the better equipped you will be.  Our eBook can be found below which may assist you.  With appropriate support, you may find the process easier, and in the long run, you may feel less isolated and benefit from speaking out.