Female paedophiles - how prevalent are they? 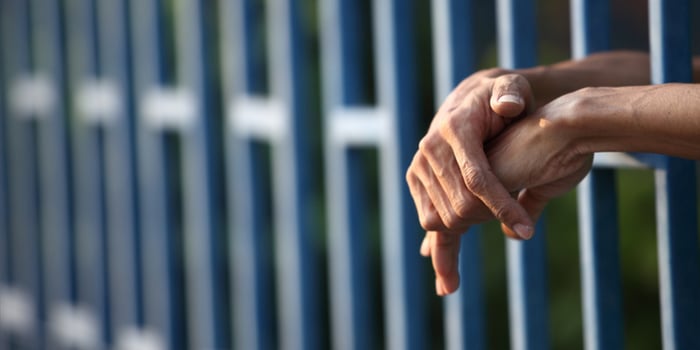 Editor's note: This post was originally written in 2019 and has since been republished in light of Ghislaine Maxwell's conviction on sex trafficking charges.

The storyline in Emmerdale of a female teacher grooming and then sexually abusing a teenage boy throws light on cultural perceptions of women paedophiles, and how these differ from perceptions of male perpetrators of sexual offences against children.

The past decade has led to more recognition of the capacity of women to engage in sexual offences against children.

A report from the Ministry of Justice last year revealed that record numbers of women are being convicted of sex offences.

In 2016 (the latest year for which statistics are available), 142 women and girls were found guilty of attacks including rape, sexual assault, and sex with a minor. It is double the figure of those convicted two years earlier, and more than triple the number at the start of the decade.

However, conviction rates may only be the tip of the iceberg. In 2015, forensic psychologist Dr. Joe Sullivan suggested the number of women sexually abusing children was much higher than conviction rates would suggest.  Reasons for low conviction rates are cited as male teenage victims in particular feeling reluctant to come forward because of a fear that their experience will not be viewed as ‘abuse’, feeling pressure to view their sexual encounters with women as a badge of honour.

It is probably fair to say that society generally has an utter repugnance of women who sexually abuse younger children – which plays into the hands of such abusers as there is a reluctance to accept or believe that it happens.

NSPCC data shows that between 2004 and 2009 there was a 132 per cent increase in the number of children reporting sexual abuse by a woman to ChildLine.

Earlier this year, an 18 year old nursery nurse Sophie Elms was named as the UK’s youngest paedophile having been sentenced to over 7 years for committing sex offences against two toddlers. She was only 17 when she committed the offences.

More recently, in August this year, 26-year-old Rebecca Holloway in ‘the most depraved case’ the judge had ever seen pleaded guilty to rape, conspiracy to sexually assault children and distributing indecent images. She has not yet been sentenced but the judge has warned of a ‘long custodial sentence’.

Sadly, in recent years other horrific cases have been reported involving women perpetrators. In 2009, the nursery worker Vanessa George received an indefinite sentence after being charged with numerous sexual offences against children in her care which included her filming the abuse.

Convictions of female teachers have also had some media profile. Lauren Cox was a 27 year old geography teacher who pleaded guilty to five counts of sexual intercourse with a child in her charge in 2016, being sentenced to a year in prison.

Following conviction of a perpetrator in the criminal courts, victims of such abuse may consider seeking alternative redress in the civil courts.

This firm represented a woman ‘Miss C’ who as a child was groomed and sexually abused by her female care worker (Ms X) in a children’s home near London.

‘Ms X’ who was also the manager of the unit befriended Miss C soon after the local authority placed her there at 12 years old. She had been rejected and abused by her family from a young age, and had spent her early years moving from one foster placement to the next, finally being placed a long distance from her home in a children’s unit.

Ms X preyed on her vulnerability, making sexual advances after gaining her trust. She would invite Miss C to join her in bed when doing night shifts, and would give her alcohol and cannabis.

A full sexual relationship developed and Miss C became emotionally dependent on her. Being one of only two children in the unit with full time staff it was evident that other staff knew about the abuse but failed to report it.  Disturbed by the ‘relationship’ Ms C expressed her feelings in her diary in code, which one day was found by another staff worker (when Miss C was missing from the unit), and deciphered.

An investigation ensured and Ms X was suspended, after persuading Ms C to explain that her writings were mere fantasies.  She continued to have contact clandestinely with Miss C outside the unit until Ms X ended it following an argument when Ms X physically assaulted Miss C and threw her out of her property. Miss C attempted suicide by taking an overdose.

Some fifteen years later Miss C finally summoned the courage to report her care worker’s abuse to the police and an investigation was opened. Following a trial at Crown Court, Ms X was convicted of seven counts of indecent assault in relation to the Ms C and received a 12-year prison sentence.

Subsequently, Miss C initiated a civil compensation claim conducted by this firm, against the operators of the children’s home who it was alleged was vicariously liable for their care worker’s actions. The psychiatric expert in her case diagnosed that she had suffered a long-standing Recurrent Depressive Disorder and that she had suffered from a period of harmful Cannabis use when she was in her early twenties. The serious sexual abuse by her care worker had materially contributed to her difficulties.

Miss C achieved an out-of-court settlement for a substantial five-figure sum of compensation, which will enable her to try and rebuild her life and have the specialist treatment she desperately needs.

In the recent criminal trial of former socialite Ghislaine Maxwell the prosecutor said that Maxwell “preyed on vulnerable young girls, manipulated them and served them up to be sexually abused”.

This month, Maxwell was convicted of five counts of sex trafficking and other conspiracy charges (to entice individuals under age 17 to travel with intent to engage in illegal sexual activity). She faces up to 65 years in prison.

Maxwell’s case is sordid and harsh reminder that sexual abuse of children is not the exclusive domain of the men. Society must recognise the reality that women can and do sexually offend against children. Although the statistics show that they offend at lower rates than men, their increasing numbers cannot be ignored. Victims of abuse by women must also consistently be given the same recognition as victims of male offenders. To maintain the status quo of public perception and practice would be to do an unforgivable injustice to victims.