Institutional abuse in the Chichester Diocese 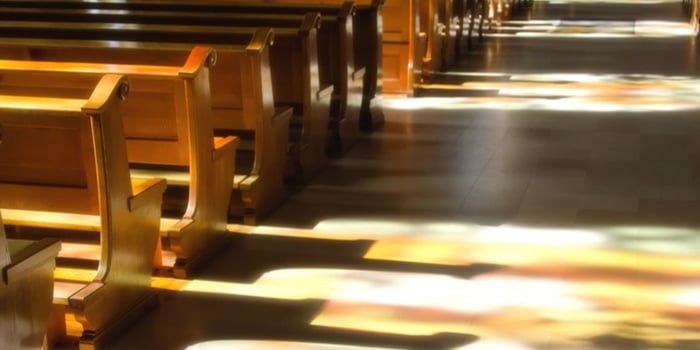 The Church of England is currently suffering the discomfort of a public spotlight of IICSA – the largest public inquiry ever undertaken in the UK.  The C of E is not alone in its scrutiny, the Roman Catholic Church having already been the subject of IICSA, together with several other institutions including local authority children’s homes.

The current IICSA 3 week module started in early March and considers the extent of institutional failures to protect children from abuse from sexual abuse within the Anglican church.  It focuses on the Diocese of Chichester as a case study, that diocese having been plagued by very serious allegations against priests in recent years, safeguarding failures and cover ups, and convictions of numerous priests including a Bishop. The list of convicted priests (which is not exhaustive) is:

In October 2015 former Bishop of Lewes Peter Ball was convicted of a number of offences against teenagers and young men,and sentenced to 32 months in prison. He was also convicted for misconduct in public office.  He had previously been cautioned in 1992 for indecent assault of a young man Neil Todd whilst he was Bishop of Gloucester.

Vicar of St Andrews church in Eastbourne and then Brede & Udimore, Roy Cotton seemed to be most prolific in the 1970’s and ‘80’s, abusing scores of boys associated with his parishes. A number of his victims were pairs of brothers, most notably Phil and Gary Johnson who waived their anonymity following their successful civil claims, in their efforts to call out the way the Chichester Diocese had failed in safeguarding them and others from this paedophile priest. After the multiple disclosures by Roy Cotton’s victims from 2008 onwards (unfortunately after his death) it was revealed that Cotton had pleaded guilty to a charge of indecent assault of a child in 1954 whilst in his former diocese.

In 2008 Colin Pritchard was convicted of gross indecency and indecent assault over offences which took place in Wellingborough and Peterborough where he had served as a vicar after he had been a priest in the Chichester diocese. Some of these offences occurred when he took boys down to see his old friend Roy Cotton in Chichester. Then only last month having served his prison sentence new allegations resulted in his further conviction, this time of more serious offences in relation to when he was vicar of St John the Baptist church, Seddlecombe in the 1980s and 90s. He was also convicted of conspiracy with Roy Cotton, and was sentenced to 16 years in prison.

In 2013 Rideout was found guilty of a catalogue of non recent sexual assaults mainly on children in a Barnardo's children’s home (Ilfield Hall, West Sussex) he used to visit in his capacity as curate of the local parish church, St Mary’s. He was sentenced to 10 years’ imprisonment having been found guilty of indecent assault and two counts of attempted rape on 16 children between 1962 and 1973.

Only last year Graves who was the vicar of St Luke’s Church, Stone Cross was convicted for sexually abusing 2 boys between 1987 and 1992. His offences involved plying his victims with alcohol, tying them up, urinating on their heads and beating them with whips and canes. He was sentenced to 10 years in prison.

In 2015, House who had been a vicar in Berwick, East Sussex was sentenced to 6 and a half years for five counts of indecent assault against a boy and three men in 1970s and ‘80s. He worked under Peter Ball who was at the time Bishop of Lewes, and ran the Give a Year to Christ scheme with him.

In 2013 Coles who had been parish priest in Horsham, West Sussex pleaded guilty to 11 charges of indecent assault in relation to boys between 10 and 16 years old. During the trial, it was heard that he disclosed his sexual abuse of one of his victims to the then Bishop of Lewes, Rt Rev Bishop Wallace Benn but this was never passed on to the police.

In light of the above it is unsurprising that the Diocese of Chichester was selected by IICSA as to be a case study. In her opening remarks to the Inquiry on 5th March Fiona Scolding QC identified 16 ‘problems’ within the church including a culture of ‘excessive deference’ to senior clergymen, a tendency to let difficult issues ‘drift’ and a ‘culture of amateurism’. .

It is hard not to suggest that the during the past 2-3 decades some form of conspiracy existed amongst a number of clergy in the Chichester area which involved the abuse of children. The recent conspiracy conviction of Ifor Pritchard to an extent, confirms this. These priests took advantage of the prevailing culture at the time, when sexual abuse was barely spoken about, such that it was inconceivable that revered, often charismatic and much loved individuals would commit crimes against children.

As a victim of Peter Ball so eloquently put it when giving evidence at IICSA earlier this week “The matter is not about sex: it is about control — the lust for control”. Only yesterday the Archbishop of Canterbury told IICSA that it was an abuse of power which lay at the heart of sexual, emotional and spiritual abuse.  He said felt ashamed of the Church of England, and said “ Survivors must be treated as if of equal value as the person being accused of abuse.”

The idea of the Church of England ‘outsourcing’ safeguarding to an independent body has been the subject of some debate.  Recently, Dr Alan Wilson, the Bishop of Buckingham has lent support to demands from other clergy and abuse survivors for such a body to hold the Church of England to account over safeguarding. This week, speaking of the IICSA hearing, he wrote “Yes. A terrible week with evidence of religious exceptionalism, stupidity, incompetence, lying, dumping responsibility at every level including the highest, and folie de grandeur. Bishops must be accountable. This means not just to themselves. End of story.”

Some victims derive some closure and satisfaction from seeing their abusers being convicted and sent to prison. Others don’t have the option of criminal proceedings, because their abuser may have died or suffer from dementia. An alternative for them may be a civil claim against the church, which has the dual benefit of holding the church accountable for their safeguarding failings, and recovering compensation (which can be used for much need treatment for example).

Compensation claims against religious organisations are sadly all too prevalent.

It is of course open to a victim to pursue justice both in the criminal and the civil courts. A civil compensation claim has greater chances of success where a conviction has been secured.

The statistics show that it is plain that sexual abuse cannot be consigned to the past. The Anglican church module of IICSA has demonstrated catastrophic safeguarding failings from which it is hoped lessons can be learnt. It would be naïve to think that child sexual abuse does not go on in the church today, and there can be no place for complacency.