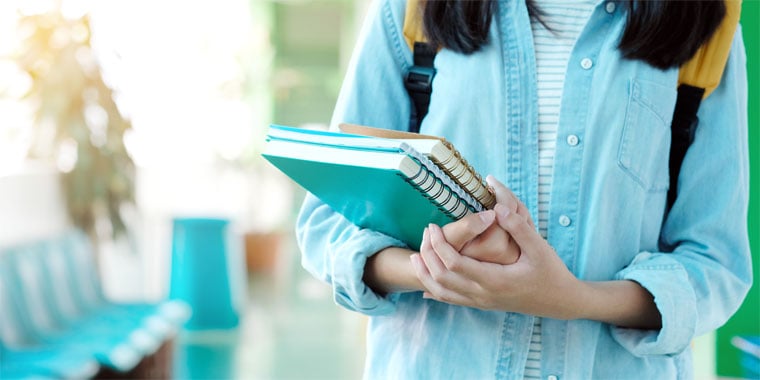 Over recent years, there has been a shocking increase in the number of students presenting with a mental health problem. Researchers in 2019 undertook an investigation into 38,000 university students in the UK and found that, alarmingly, half of these students had suffered with suicidal thoughts. Moreover, four out of ten of these students admitted to using drugs or alcohol to cope with their problems, whilst one in three had had experienced a serious psychological issue for which they felt they needed professional help.

In 2020, there have been the added issues surrounding Coronavirus for students to worry about. Most schools, colleges and universities closed in March 2020, to protect their students, and classes went online. A new cohort of students embarking on university education this autumn are facing unprecedented difficulty due to the Covid pandemic.

In the mix of coping with a new academic year at university in a pandemic, many young people (away from home for the first time) are also potentially exposed to unwanted sexual attention and harassment.

Research carried out in February 2019 by Brook, a service for sexual health and wellbeing for under 25’s, showed that half of UK university students across the country were exposed to unwanted sexual behaviours such as inappropriate touching, explicit messages, cat-calling, being followed and / or being forced into sex or sexual acts – yet only 8% reported an offence.

It was reported in a BBC investigation in September last year that many students who reported sexual assaults to their university felt that they were failed by the complaints process which left them traumatised. Freedom of Information responses obtained from 81 UK universities found more than 110 complaints of sexual assault and 80 allegations of rape were made in 2018.

It seems there are no mandatory guidelines on how universities should investigate or record such complaints.

Alarmingly some universities use ‘gagging’ clauses to stop students from going public with complaints of sexual assault, putting pressure students to sign non-disclosure agreements. Universities UK have said such NDAs should not be used to silence students.

One student is reported to have been threatened with expulsion if she talked or posted publicly about her allegations or her university’s safeguarding procedures.

An independent report concluded there was “a profoundly unsatisfactory outcome for almost every single person involved”. The review’s recommendation that only specially trained staff should investigate complaints of sexual violence and misconduct is welcomed.

There has been an increase in the number of reports of sexual assaults of students whilst on campus yet not all universities have systems in place to prevent or respond to sexual assaults. Many victims are left feeling unsupported by their universities, whilst others find that their experiences in reporting the assault to their university ‘traumatising’. It is well recognised that victims of sexual assault suffer from mental health issues as a result of their experiences, so it is hard to understand why victims are being left unsupported despite the government’s and universities’ drive to promote mental health and student wellness.

Perhaps this is something for them to consider when evaluating Student Wellness in the future.

How Student Wellness is being promoted

UK Charity Student Minds work to empower students and universities together to develop new ways to improve the mental health of students. Their research shows that nearly 1/3 of university students will suffer with a mental health problem. They have found that contributing factors to this are:

Student Minds focus on giving university students the skills to support each other with their mental health. It is well recognised that people are more comfortable talking to their friends about their mental health, so it is hoped that with the training from Student Minds, more students will be able to properly look after one another.

Student Minds also support universities to produce mental health actions plans to ensure all students can seek professional help from their universities. This helps students feel supported as they know staff have the knowledge and training to properly support them.

How Universities are supporting students

In March 2020, the government pledged £1million for ‘innovative student mental health projects’. This money will particularly fund projects aimed at students deemed ‘more at risk’ at suffering from mental health problems such as black or ethnic minority students, those from disadvantaged backgrounds, LGBT+ students or those with a disability.

The Government is also supporting good mental health in schools and colleges by implementing a range of measures, including new Mental Health Support Teams, training for mental health leads in schools and colleges, and the £9.3 million Link Programme to ensure more joined up care with specialist NHS services. Children in schools are also being taught how to look after their mental wellbeing through compulsory relationships and health education, before university.

Now more than ever, it is important to consider student wellness to ensure that students are properly supported, at every level, throughout every aspect of their education, to ensure they achieve their personal goals and enter the working world with all round good health and well being.