Restorative justice in cases of sexual violence and abuse 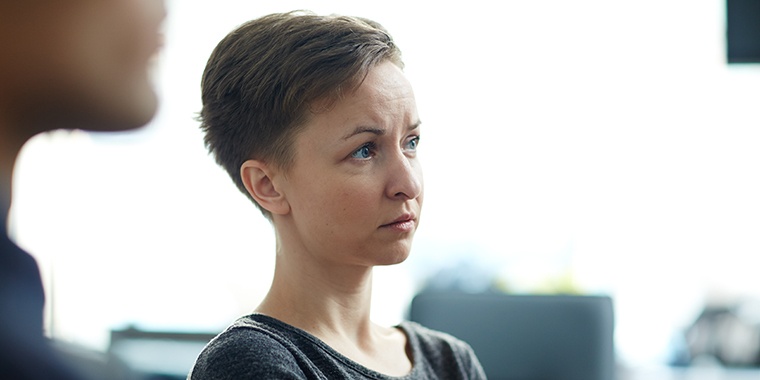 I recently heard the first hand account of a woman who shared her experience of restorative justice in the context of a very serious sexual offence committed against her.

She spoke of having been victim to the most heinous of sexual crimes, yet after a period of years of counselling developed a desire to meet her perpetrator.  She wanted not only to try and understand him, but also to explain the impact his actions had had on her and her family.  For her own freedom she also wanted to offer him her forgiveness.

Her testimony was profoundly moving.

The Restorative Justice Council advocates and promotes restorative practice or justice ‘for everyone’. In summary, restorative justice gives victims the chance to interact with their offenders within a controlled environment. The aim is to empower the victim and find a way to repair the harm done to them.

It might involve a face-to-face meeting, or the victim and offender can communicate through letters, recorded interviews, or by video.

Restorative justice can be used for any type of crime, but the offender must have admitted to the crime, and both the victim and offender be willing to participate.

What are the benefits of restorative justice?

Restorative justice aims to give victims the chance to meet or communicate with their offender, to enable the victim whose life may have been shattered by the crime committed against them, to 'take back control’.  It can help survivors of crimes to get answers, and present the full impact of the crime committed against them directly to the perpetrator.

The perpetrator may have faced the criminal justice system and been punished accordingly, but the victim who has simply been a witness in the criminal trial often remains a passive bystander.

Restorative justice aims to put the victim at the heart of the justice process, and to give them a voice which can help them to move on.

It also serves to hold offenders to account, and can also give them an opportunity to make amends.  Offenders can find the experience very challenging when confronted with the personal impact of their crime. Meeting the person they have harmed can be a pivotal moment in their own rehabilitation.

Government research shows that it reduces reoffending by 14%, and that restorative justice provides a 85% victim satisfaction rate.

Restorative justice in cases of sexual violence and abuse

Many victims of sexual violence or abuse may not want to take part in restorative justice, and many offenders may never admit their guilt let alone show remorse.

But where they do, and where the restorative justice process can be delivered safely, it is possible that it can make a difference, helping victims to put the crime behind them and move on. Laura’s story illustrates how restorative justice can be a positive thing for victims of abuse.

Restorative justice in cases of sexual harm has to be very carefully considered. The survivor’s willingness is crucial and also key, is that the perpetrator has admitted the crime and expresses remorse. Where the perpetrator is known to the survivor additional risk factors are weighed up. It is not uncommon for a survivor’s wish for restorative justice in sexual violence cases to be very carefully scrutinised and for their application to have to go through a number of different levels of approval. The victim’s safety and well-being in the process is paramount, and restorative justice will only take place where there is a facilitator with the right skills and experience available. Such a facilitator will have completed suitable training and have expertise in sexual violence/abuse cases.

The facilitator will play a key role in determining whether or not the restorative justice in whichever format should take place.  Organisations such as Rape Crisis may be consulted in the process.

For some survivors of of non-recent sexual abuse restorative justice may not be achievable because the perpetrator may have died or may be suffering from dementia. Arguably, in cases of institutional abuse where it is felt that another organisation is also blameworthy such as for example the church, a local authority or a school,  restorative justice services with that organisation could be considered as an alternative. This has been mooted by at least one survivor of child sexual abuse when in the course of giving their personal account to the Truth Project of the Independent Inquiry into Child Sexual Abuse suggested it.

Along with a criminal prosecution and civil proceedings ending in compensation, restorative justice should be considered in cases of nonrecent child  sexual abuse and sexual violence cases.  But it must be delivered to the very highest standard - risk assessment procedures must be rigorous, expectations must be managed, and time and care must be taken to prepare both parties intensively before the meeting. Restorative justice providers should be open to working with specialist sexual assault survivors groups and organisations, to help them provide ongoing support for those who participate.

If conducted properly, restorative justice could be a key component of a victim’s recovery, enabling them to put the past behind them, and move on into the future.