Sexual Abuse and Assaults in Schools 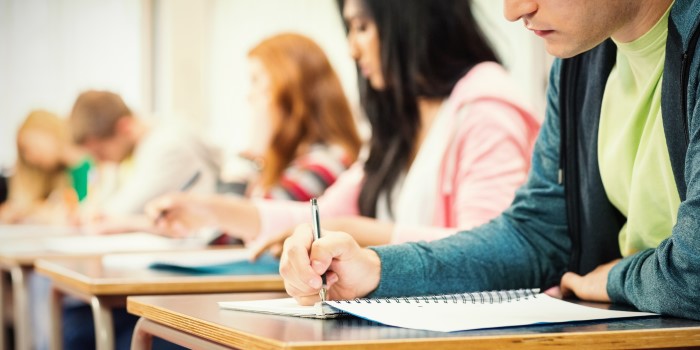 Channel 5’s new drama ‘The Teacher’ shines a light on sexual abuse in the teacher/pupil context and makes for deeply uncomfortable viewing.

For many, the reminiscence of school is one full of fond, laughter-full and happy memories. For others sadly it is the opposite; a place where they should have been able to safely develop academically, emotionally and socially, and regrettably did not.

Cases of sexual abuse that arise within schools are at the forefront of public interest. Reports of school staff abusing their positions of trust are each time horrifying, particularly as the victims are vulnerable and blindly led through the grooming process. Peer on peer abuse is equally deplorable. Both types are
compounded by the fact that they occur in the school environment where a child or young person is meant to be kept safe.

Despite the best efforts of schools, government and the police, cases of sexual abuse from those in a position of trust have occurred in the past and still do.

Many victims speaking out about their experiences, both historic and recent, have led to police investigations, and more recently, a public inquiry.

In June 2021, OFSTED published their research and analysis of the review of sexual abuse in schools and colleges, which focused mainly on peer on peer abuse.

The report revealed a lot to do with the general feelings and attitudes of students towards sexual abuse and harassment whilst at school. Shockingly, statistics showed that incidents within academic institutions occur so frequently it has almost become ‘the norm’.

What is even more concerning is how the report highlights that for a lot of children, incidents are so commonplace they see little point in reporting them. Although this report focuses more on abuse in schools from other peers, experiencing sexual abuse from a teacher or other staff member in a position
of trust is often a ‘taboo’ topic, and it is nevertheless vital that incidents are reported in order to protect the welfare and safety of children.

The recent launch of ‘Everyone’s invited’ website has brought to light an overwhelming number of cases across schools and other academic settings across the UK, which has led to OFSTED launching a review on the procedures in place to safeguard children and protect them from sexual abuse within schools across the UK.

Emmott Snell Solicitors have represented victims of sexual assaults within British schools and other academic settings. Most recently, we represented Mr X, a victim of serious and protracted historic sexual assault by a teacher. The assaults occurred out of school at the teacher’s home address.

Mr X became the victim and vehicle by which the teacher acted out his depraved sexual fantasies. The abuse was demeaning, sordid and often put Mr X in physical danger. Such assaults continued for a period of 10 years, occurring even after Mr X had left the school.

Mr X was able to successfully obtain a considerable settlement of damages after bringing a compensation claim against the school, arguing that the school were legally responsible for the teacher’s abuse.

Through obtaining a medical report from a medical expert, Mr X was identified to have been suffering from psychiatric injury and was diagnosed with Post Traumatic Stress Disorder. He was subsequently recommended monthly psycho therapeutic treatment for the following 5 years.

Whilst no amount of money can obliterate the harm Mr X suffered at the hands of the teacher at his school, it is hoped that the settlement received will help Mr X to find closure and to hopefully be able to move on with his life.

No young person should ever feel unsafe in an academic environment. It is essential that all schools have a zero tolerance response to any form of sexual abuse or harassment, no matter how big or small it may seem. Schools must all take an active approach in taking responsibility in order to achieve this through robust safeguarding practices.

If you or a family member have suffered sexual abuse or harassment at school and wish to discuss what to do, please contact Emmott Snell Solicitors for an informal, confidential and no-obligation chat.