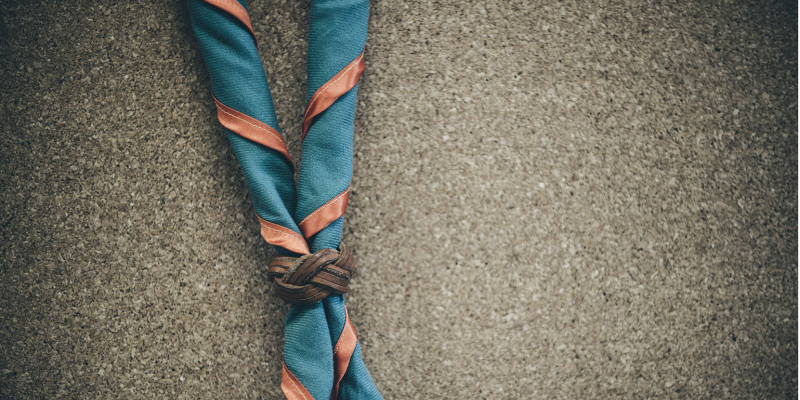 For decades a significant number of children have joined the scouting movement hoping for adventure and the opportunity to experience new outdoor activities, learn new skills and make friends.

For most of them, their experience and memories are happy ones. Sadly, there are some who have suffered sexual abuse by scout leaders or those in a position of responsibility and entrusted with their care and welfare.

It is not unusual to see media reports of scout leaders who have used their position of trust within the scouting movement and have been convicted of sexual offences against those in their care. Last month (July 2021) saw Bruce Moir, a former scout leader from Bedford, convicted and imprisoned for sexually abusing a 13-year-old boy, and John Horton, from Plymouth, convicted of touching young boys whilst on scouting trips.

The case of Mr X

Emmott Snell Solicitors have represented victims who have suffered sexual abuse in the scouts. Most recently we represented Mr X, a victim of severe and protracted sexual assaults by a scout master which started when he was just 9 years old. Mr X successfully obtained a five-figure settlement after bringing a compensation claim against The Scout Association for sexual assaults he suffered whilst a member of the scouts.

Mr X joined the 80th Lambeth (St James’ own) scout troop in 1972 when he was around 9 years of age. The scout master used his position of trust to befriend and groom Mr X and his family.

Grooming is often the precursor to serious sexual abuse - it is also a common feature of the most serious and protracted sexual abuse cases. The perpetrator goes to great lengths to gain the trust, confidence and emotional ‘buy in’ of a victim (and their family) such that they are able to manipulate, blackmail and brainwash them into believing that either the abuse is tolerable, acceptable, or that they have no power or authority to resist it.

Traditionally grooming takes place by way of gifts, special days out, and special attention on the part of the perpetrator. It can often begin with the perpetrator grooming the child’s parents – charming them, helping them out practically, or just being plain friendly, with apparently well-meaning and helpful interest in their child.

Having gained the trust of Mr X’s parents, the scout master became a regular visitor to Mr X’s family home and was even on occasion asked to look after Mr X when his parents were out. The scout master would ensure that Mr X was always the last to leave scout meetings and would often ask him to stay behind to assist with clearing the hall in which the scouts held their meetings.

The scout master began to sexually abuse Mr X. The sexual assaults progressed in their severity and took place on a regular basis over a 7-year period until Mr X was 15 years old. The assaults ceased when Mr X’s parents discovered the abuse and reported it to the police. Mr X recalled that as a child he was taken to a police station and told that the scout master had been taken to court.

In 2019, Mr X decided to pursue a civil claim against The Scout Association and approached Emmott Snell Solicitors to assist him. Technically, Mr X was out of time for bringing his claim. The basic rule in English law is that an adult who is harmed or injured must bring their claim within three years from the date of their injury. This means their claim must be registered at court by this time. If a child is harmed the clock only starts clicking when they reach their majority i.e., 18 years old, so they must register their compensation claim before their 21st birthday. These rules have been in force since the Limitation Act 1980, and the legal principle is known as ‘limitation’.

Emmott Snell Solicitors commenced the investigation process and applied to the court for any and all available records in relation to the police investigation and court hearing. Regrettably, as a result of the passage of time, many of these important records that supported Mr X’s complaints were no longer available.

Fortunately, Mr X recalled that at some point social services had been involved with the family and the local authority was able to assist with providing records (albeit limited) which referred to Mr X having been sexually assaulted by the scout master and the criminal investigation.

Out of court settlement

The claim was put to The Scout Association, who made Mr X an early offer of settlement. Whist this was good news it was clear that Mr X had suffered a psychological injury that needed to be investigated. Emmott Snell Solicitors arranged for Mr X to be examined by a court expert (a psychiatrist).

The report showed that Mr X suffered from a recurrent depressive disorder and emotionally unstable personality traits. In addition, the expert noted that Mr X suffered periods of harmful alcohol use. The expert believed that these were either caused or contributed to by the abuse suffered from the scout master. The medical expert noted the impact of the abuse on Mr X’s Day to day life and recommended in-depth and significant psychological treatment.

The expert psychiatrist’s report and a schedule of the claimant’s financial losses were shared with The Scout Association’s solicitors. Following some negotiation, Mr X’s claim was settled for a substantial five-figure sum, by way of an out of court settlement. This sum was considerably higher than The Scout Association’s first offer.

Whilst no amount of money can make up for the harm that Mr X suffered or the effect it has had on his life, it is hoped the settlement may help him find some closure and also provide important recognition for the lifelong injury suffered. It is hoped it will also assist in accessing the specialist treatment recommended to help him.

This is another example of a gross betrayal of trust and institutional abuse, where a perpetrator takes advantage of their position within a system of power.

If you have been sexually abused by a scout master or someone entrusted with your welfare and would like to discuss the possibility of making a civil claim, please contact Emmott Snell Solicitors for an informal and confidential chat.