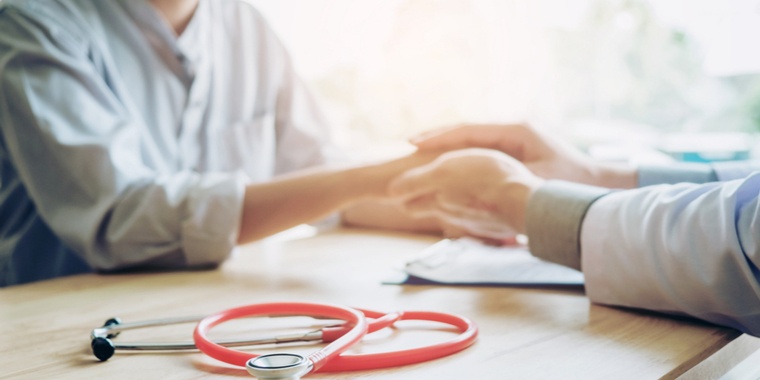 During the course of our lifetime most of us will require assistance from healthcare professionals including Consultants, GPs, nurses, therapists or healthcare/hospital workers. It Is fair to say that this is a time when we feel at our most vulnerable and in need of reassurance.

The patient/healthcare professional relationship is based on trust. It's natural to believe that the professionals from whom we seek advice will do their best for us by using their expert medical skills and knowledge. In light of this we assume that that the advice we are being given or what we are asked to do is appropriate and in our best interests.

It is for this reason that we rarely question our healthcare practitioners. Whilst the majority of these individuals act with integrity sadly, there are a minority who breach this trust and use their position to abuse their patients/clients for their own gratification.

While there are many types of abuse that an individual can suffer in a healthcare setting (physical, sexual, neglect, psychological) in this blog we focus on sexual abuse and in particular within a doctor/consultant/patient setting which is sadly more common than what we might think.

The role of the GMC

The General Medical Council gives clear guidance in relation to doctors’ sexual behaviour and what steps should be taken if concerns are raised:

“You must not use your professional position to pursue a sexual or improper emotional relationship with a patient or someone close to them. To maintain the trust of patients and the public, you must never make a sexual advance towards a patient or display sexual behaviour. Sexual behaviour – for example, making inappropriate sexual comments – does not necessarily involve touching the patient. If a patient tells you about a breach of sexual boundaries, or you have other reasons to believe that a colleague2 has, or may have, displayed sexual behaviour towards a patient, you must promptly report your concerns3 to a person or organisation able to investigate the allegation. If you suspect a doctor has committed a sexual assault or other criminal activity, you should make sure it is reported to the police”.

Over the past few years there have been a number of reported cases of healthcare professionals who have sexually abused those in their care.

Examples of these include:

Of course, patient abuse is not limited to healthcare professionals. It has been widely reported that the late Jimmy Savile sexually abused 60 people at Stoke Mandeville Hospital as a volunteer, (including seriously ill children) over two decades.

In April, it was reported that NHS watchdogs were undertaking a national review of sexual abuse in hospitals amid fears that patients are being put at risk on mixed sex wards.

Sexual assault in the healthcare setting can occur in a range of settings including on a hospital ward as our case study demonstrates:

Recently Emmott Snell Solicitors represented Ms ‘X’ who suffered from a medical condition which required her to spend time as a hospital inpatient from time to time.

The police also undertook a full investigation. Ms X contacted Emmott Snell Solicitors and instructed us to pursue a civil claim against the relevant hospital trust. Emmott Snell Solicitors sent a letter of claim to the trust who whilst not admitting liability indicated that they would be willing to settle the claimant’s claim.

A medical report was obtained from a consultant psychiatrist who concluded that Ms X was suffering from an exacerbation of pre-existing symptoms of Post Traumatic Stress Disorder and Specific Trauma Memories. This medical evidence was sent to the trust together with a breakdown of her financial losses. Following some negotiation Miss X’s claim was settled by way of an out of court settlement.

Report to the police

If you have suffered sexual abuse by a healthcare professional you should in the first instance immediately report it to the police who should undertake a full investigation.

You should also make a complaint to the relevant governing body such as the General Medical Council or Care Quality Commission. It is important that offences are reported as soon as possible after they occur. The more evidence you can present the better, so any diaries or records of complaints made by you will become critical in your legal claim.

Taking the initial step of speaking out about what has happened to you can be daunting. If you consider that you have been violated within the healthcare relationship, it is essential that you obtain the correct support immediately. If you require support in reporting it to the police, then you can contact your local Independent Violence Sexual Advisor (ISVA).

A civil action serves to compensate a victim of abuse who has suffered harm as a result of sexual abuse, providing proper redress. A compensation claim would usually (but not always) follow successful criminal proceedings. It can also follow a complaint to the relevant governing body. The legal claim is initially directed at the perpetrator and/or their employer who passes it to their insurers. Insurers would investigate and deal with the claim from then on.

At Emmott Snell we understand how devastating abuse of this nature can be. If you have been abused by a healthcare professional we will be pleased to discuss any potential compensation claim you may have.