Sexual consent and “positions of trust” 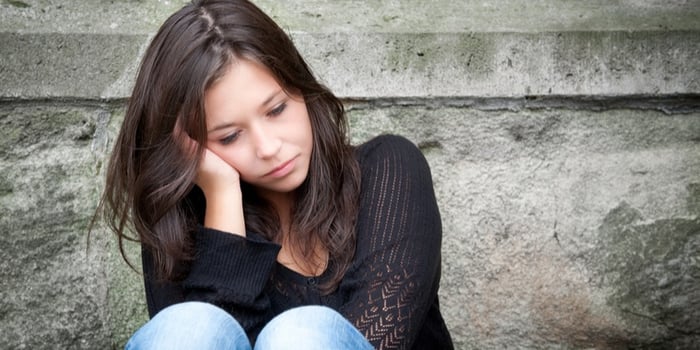 Editor's note: This post was originally written in 2017 and has since been refreshed for relevance and accuracy.

The age of consent for sex

In England and Wales the age of sexual consent is 16 for both men and women. The age of consent is the same regardless of the gender or sexual orientation of a person and whether the sexual activity is between people of the same or different gender.

Under the age of 16, it is technically an offence for anyone to have any sexual activity but Home Office guidance is clear that there is no intention to prosecute teenagers under the age of 16 where both mutually agree and where they are of a similar age.

Children aged 12 and under are legally considered to be incapable of giving consent to any form of sexual activity. There is a maximum sentence of life imprisonment for rape, assault by penetration, and causing or inciting a child to engage in sexual activity.

Where a person older than 18 is in a specified “position of trust”, it is an offence for them to have any sexual activity with a person under the age of 18. This law has applied since the Sexual Offences (Amendment) Act 2000 came into force in January 2001, and applies even if the relationship is consensual.  Prior to the Act, the age of sexual consent - 16 - was the only issue.

In the school setting, it applies where the child is in full-time education and the person works in the same place as the child, even if the person does not teach the child.

But the Abuse of Trust law is currently limited to certain regulated settings and positions. These include education and care settings, clinics, hospitals, voluntary children’s homes, residential family centres and criminal justice settings. So it covers teachers, social workers and doctors for example.

Teacher-pupil relationships which infringe this law are given intense media and public focus.

Everyone will remember the case of Jeremy Forrester, the maths teacher from East Sussex who eloped to France in 2012 with a 15 year old student Megan Stammers. He was charged with child abduction and sexual activity with a child, and received a 5 and a half year sentence at Lewes Crown Court following an international manhunt after Megan went missing.

Incidents are not just limited to older male teachers with younger female pupils. In November 2014 a female chemistry teacher from a public school in Bedford was dismissed following a National College of Teaching conduct panel hearing, which recognised that there was a “clear failure to safeguard and supervise students under her care”.

Even if the parties feel they have an ‘genuine relationship’, safeguarding experts still consider it to be an abusive one, simply because it is an unbalanced power relationship and the adult is the abuser because they are abusing their power, authority and position.

The prevalence of offences of Abuse of Trust

It is difficult to get accurate data on the scale of the problem, as my guess is it is not uncommon for victims not to complain, many probably not perceiving themselves as victims perhaps until much later in life.  It is only when looking back that it is recognised that the relationship was an abuse of power. Based on my own experience as a lawyer dealing with cases such as these, the problem is probably more widespread that we think.

The 2007 YouGov survey of 2,200 adults revealed that one in six people know someone who had an ‘intimate’ relationship with a teacher while at school.

More recent research shows there has been a 57 per cent increase in offences for Abuse of Position of Trust in England and Wales between 2011/12 and 2016/17, whereby professionals such as teachers or care staff have had sexual contact with 16 or 17-year-old children they work with.

Inadequacy of the current law

The narrowness of categories to which the Abuse of Trust law applies means that sexual activity by many of those in the role of significant trusted positions over children cannot be prosecuted. While the current legislation covers teachers, youth justice staff and social workers, many adults who work with older children in a position of trust are not covered. This means probably the majority of adults who work with 16 and 17 year olds can legally have sexual contact even if they are in a position of responsibility.

Categories of roles not covered by the Abuse of Trust law:

Workers in these categories have regular and intense contact with young people under the age of 18, in the same way that teachers and social workers do – so why are the exempt? It makes no sense that sports coaches and youth workers (and others) are not accountable to the same standard as other adults who work with children.

The limitations and inadequacy of this relatively new law were recently exposed following the flurry of allegations against football coaches earlier this year, some of whom have been exempt from prosecution because their victims were 16 or 17 years old.

Lara Gorman, a promising triathlete in Scotland bravely waved her anonymity earlier this year when she revealed that she had engaged in a sexual relationship with her coach John Dargie at 16, having been trained by him since she was 13.  Dargie is a former Triathlon Scotland head coach, and was 33 years old when the sexual relationship began. Although no law had been broken, Triathlon Scotland took the allegation seriously, and following an investigation an independent disciplinary panel suspended Dargie for 2 years.

The role of electronic communications in Abuse of Trust cases

Electronic media certainly gives greater scope for an adult/child relationship to develop. Texting, emails, and social networking sites have radically altered the relationship between those in positions of trust and those young people who they are working with.

Before, those in positions of trust simply did not exist outside of the school, sports field, or youth club situation.  Contact was limited to being in the physical presence of each other, which limited scope for any inappropriate relationship to develop. Nowadays, contact outside the formal setting where contact usually takes place is commonplace, via the ubiquitous smartphone which we all carry.  Grooming can now go on without being in each other’s physical presence.

In school situations, electronic communications are actively encouraged – via school web portals which require students to upload their homework, email questions to teachers, and post announcements. So the divide between the activity the young person is involved in and those who are placed in positions of trust around them are blurring.

While on the one hand it means young people have better access to and support from say, their teachers, on the other hand the associated risks of such free channels of communication are not insignificant and need to be carefully managed.

It should be noted that texts, emails, Facebook conversations etc, can become good evidence to support criminal proceedings against someone how has abused their position of trust.

Call to change the law

Last year, the NSPCC launched a campaign called to #Trustolead to change the legal loophole that not all those who work in positions of trust cannot be prosecuted.

Chief Executive of the group Peter Wanless said it was “remarkable” that a range of roles of adults working with 16 and 17 year olds weren’t already included, “given the significant amount of responsibility, influence and authority” they have.

He told the BBC a change to the law was vital to “bolster protection for teenagers at risk of grooming once they pass the age of consent”.

In response to the NSPCC’s campaign a Government spokesperson said: “The Government is completely committed to doing all it can to ensure people can participate in sport in safe and secure environments. In November, we wrote to sports governing bodies to look at their own safeguarding practices to make sure they are as robust as possible and that work is ongoing.”

To describe this response as lacklustre is an understatement.

Whether the campaign to change the law will be successful will depend on parliamentary time and political will, neither of which I am massively confident are in great supply in these post-Brexit days. We must continue to keep this legal loophole on the public radar to ensure our 16 and 17 years olds are protected by those opportunists currently exploiting the positions of trust they hold.