Spotlight on sexual abuse in the Jehovah’s Witness religion 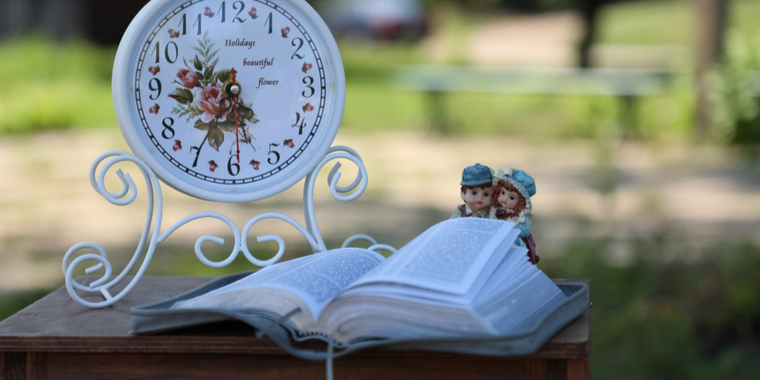 Editors note: This blog incorporates information previously published in November 2018 but provides a short update on developments since then.

In my last blog focusing on child abuse in the Jehovah’s Witness religion, I lamented the fact that at the time of writing the Inquiry into Child Sexual Abuse (‘IICSA’) had not selected the Jehovah’s Witness organisation to be examined on their safeguarding failings – a notable omission in my view.

So IICSA’s announcement last year that they would dedicate a module to child sexual abuse in a number of ‘minority’ religious settings including the Jehovah’s Witnesses was welcomed.

IICSA explains the purpose of its investigations as giving:

“a voice to victims and survivors of child sexual abuse, (to) enable the Inquiry to understand how institutions have failed to protect children from sexual abuse and make practical recommendations to ensure better institutional protection for children in the future”.

The public hearings held this year examined child protection policies and the safeguarding culture of the Jehovah’s Witnesses in England and Wales. Live evidence was heard from a child sexual abuse survivor and former member, two former elders, and the overseer (Director) of the Public Relations Office at World Jehovah’s Witness Headquarters, New York. This spotlight evidenced a closed and controlled culture of loyalty and protectivism, and very poor safeguarding.

IICSA’s report following this module has not yet been published but is in process.

Further accounts of abuse in the Jehovah’s Witness community continue to leak out into the media.

The conviction in 2018 of a Jehovah’s Witness elder in Wales highlights once again the endemic opportunities for sexual predators within religious institutions.

Church elder Thomas Brian Jenkins denied 20 charges of indecent assault of a young girl in the 1970s within the context of carrying out missionary activities such as “door-to-door missions” to rural properties in the Welsh countryside. He was accused of forcing his hands up the school girl’s skirt as she sat with him in his car and during Bible studies she was forced to do with him. Also tried to digitally penetrate her vagina whilst pretending to teacher to swim. The alleged assaults happened while the young girl and her family were members of the Brecon congregation of Jehovah’s Witnesses in Wales where Jenkins was a church elder. Following her father’s death, when she was aged between 12 and 14 Jenkins targeted her.

Merthyr Tydfil Crown Court heard that Jenkins’ victim reported him to 2 other elders (a doctor and ex-police officer) who simply ’grinned’. She tried to leave the Jehovah’s Witness church but instead was reprimanded for not attending meetings or doing the prescribed missionary work. She described being scared of the elders, describing one as a “physical and mental bully”. She described feeling ashamed, embarrassed and powerless.

On 8 November Jenkins was sentenced to 5 years’ imprisonment after the jury took only one hour to deliver unanimous guilty verdicts in respect of 6 counts of indecent assault. The judge also ordered him to go on the sex offenders register for life.

The court also heard Jenkins was a Jehovah’s Witness elder until 1991, when he was jailed for 21 months at Worcester Crown Court for a series of similar sex offences.

Although complainants of abuse in the JW community are now trickling forward, historically there is little evidence in the UK that police have been contacted when allegations are made by and about members of the Jehovah’s Witness community. Certain religious practices and culture strongly militate against coming forward.

It has been widely recorded that child abuse within the Jehovah’s Witness organisation has been seen as a wrong that can be dealt with “in-house”, sometimes simply by reprimanding the perpetrator and praying for both the victim and the perpetrator.

Misdemeanours within the Jehovah’s Witness community are dealt with by the ‘two witness’ rule. Allegations of sexual abuse are supposed to be reported to church elders (who are always men), who will take further action if there is a second witness to the offence. If the perpetrator admits the abuse or if there is a second witness they will be called before a judicial committee. This can cause further angst and trauma to the victim.

The difficulty with the two witness rule is that there are rarely witnesses to sexual abuse – the nature of sexual abuse and the evil of it is that it happens in secret.

It has been recorded that victims who report sexual abuse can be “disfellowshipped” for making such allegations. In other words they are forced to leave both their family and the church. Disclosure is therefore prohibitive.

Abuse in the Jehovah’s Witness community in Australia was examined by the Royal Commission into Institutional Responses to Child Sexual Abuse, and came under heavy criticism.

Where a person in leadership within the Jehovah’s Witness community is convicted, it may be open to their victim to sue the relevant JW congregation. The victim of abuse by an elder or a ministerial servant may be compensated in monetary terms for the abuse itself and the consequences of it.

In 2015 the first civil case in the UK of non recent sexual abuse was brought against the Jehovah’s Witnesses. The High Court found the organisation failed to protect the victim from sexual abuse by ministerial servant, and to be to be legally responsible for his actions. The abuse took place in locations such at the victim’s Kingdom Hall which is the meeting place for worship. The court awarded damages of £275,000 compensation to the victim who was said to have suffered symptoms of post-traumatic stress disorder and attempted suicide.

A scour of the internet identified Jehovah’s Witnessess’ Scripturally Based Position on Child Protection. In this two page document there is no reference to reporting to the police.

A new Advice line especially for people who experience barriers in accessing support because of a  number of factors including religious or cultural reasons, lifestyle, disability or ethnicity.  The number is 0800 246 5260 and it is open Monday to Friday, 9am to 5pm (excluding bank holidays) and there is a voice mail for calls outside of these hours.

For all its laudable qualities organised religion once again demonstrates that it can provide the ideal mask for abuse. The seemingly closed and controlled culture of the Jehovah’s Witness organisation has meant that there has been little exposure of sexual abuse in that community until recently. And the culture and religious practices make it easy for a predator to thrive. The population of Jehovah’s Witnesses in Britain is cited at over 64,000 people, with over hundred and 37,000 ‘ministers who teach the Bible’. There are 1626 congregations. As the lid of silence breaks it is estimated that there are many more to speak out.

No religious organisation should be exempt from proper, transparent and vigilant safeguarding.

The IICSA public hearings have helped lift the lid on the evident inadequacies in safeguarding in the Jehovah’s Witness religion. Its report, and importantly its recommendations, are eagerly awaited.