Compensation for sexual abuse against more than one organisation 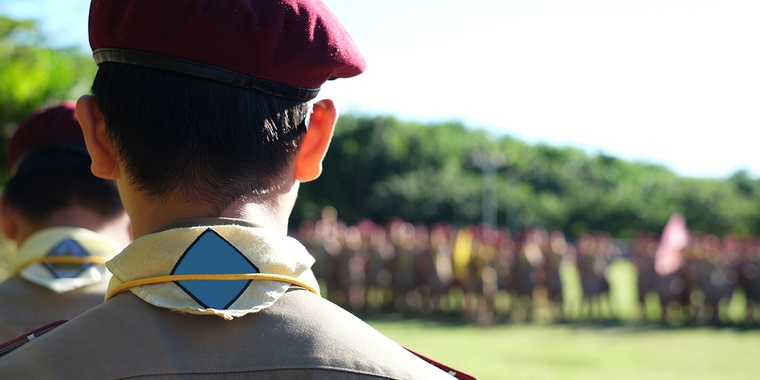 Sexual abuse in childhood by a person in authority is the ultimate betrayal.

Often that person represents an institution and may be a religious leader such as a priest or imam, a teacher, a Scout leader or a sports coach.

Where the abuser is acting in two capacities at the same time, a civil compensation claim may be directed against two organisations.

If the abuser was a parish priest for example, and also leading the local scout group, his victim may be able to seek compensation from both the Church and the Scout Association.

It is not uncommon for each organisation to take a differing view on how to deal with the claim, which may mean the claim could take longer to resolve.

It's also possible that the survivor of the abuse may win their case against only one of the organisations.

However, it's possible that both organisations will agree to share responsibility for the survivor’s abuse and between them reach agreement as to how they will meet the claim.

The case of Bancroft's School and the Scout Association

A good illustration of this is a case I have recently concluded.

A former pupil of Bancroft’s School, (who we'll refer to as 'Mr J') suffered sexual abuse at the hands of a teacher there, Bernard Collyer, back in 1973.

Bernard Collyer subjected 'Mr J' (then a 14 year old boy) to sexual assaults during a summer scout trip to the Norfolk Broads.

One evening, he plied 'Mr J' with alcohol while playing card games on one of the boats and then in the pretence of helping him to his boat (because he was intoxicated and had difficulties walking) took him to his own boat where he seriously sexually assaulted him.  It was the boy’s first sexual experience.

Following this assault, Collyer made advances to 'Mr J' on two other occasions (including an occasion on a scout related activity). Our client continued his scouting (and schooling at Bancroft’s School) living in constant fear that Collyer would take advantage of him again.

After decades of trying to bury the memory of Collyer’s abuse, 'Mr J' found courage to report the assault to the Norfolk Police in June 2015.

Collyer was arrested and admitted the offence. 'Mr J' was asked by the police whether he would agree to Collyer simply being offered a Caution, but 'Mr J' insisted that he be prosecuted.

Collyer was charged with one offence of Sexual Activity with a Male Child under 13. He pleaded guilty at Norwich Crown Court on 13 May 2016 and was sentenced on 8 June 2016 to 16 months’ imprisonment. It was also ordered that his name be put onto the Sexual Offenders Register.

Having secured justice through the criminal courts, 'Mr J' felt strongly that the school was also held accountable. Initially, a claim was directed at Bancroft’s School alone, but after further investigations it was clear that at the time of the assaults Collyer had been acting in his in his dual-capacity as both teacher and Assistant Scout Leader.

It followed that both the school and the Scout Association were therefore jointly responsible for the sexual assaults and the harm that followed.

To quantify 'Mr J’s' claim, a medical expert was instructed to prepare a report , which concluded that he suffered social phobia and a recurrent mild depressive illness. He had also previously suffered post-traumatic stress disorder.

Other psychological difficulties noted were that 'Mr J' suffered a deep mistrust of others (particularly males), had an anti-authoritarian attitude, and poor self-confidence. The medical expert noted that 'Mr J' became disruptive and defiant at school after the abuse and considered that he underperformed in both GCSE and A Levels.

The medical evidence confirmed that most of 'Mr J’s' symptoms arose as a direct consequence of Collyer’s emotional and sexual abuse. Cognitive behavioural therapy was recommended.

Fortunately, despite the sexual abuse at a formative time in 'Mr J’s' development he had managed to get to university and have a successful professional career.

Following protracted correspondence and discussions with legal representatives for both Bancroft’s School and the Scout Association, an out of court settlement was reached for a five–figure sum.

No indication was given as to what proportion each defendant would pay.

'Mr J' has decided to donate his compensation to a youth charity in Essex.

From the outset, he maintained that he was not motivated by financial compensation but would see it as a representation of accountability and justice.

While this case was resolved successfully pursuing more than one defendants can become unwieldy and complex, and it inevitably causes delay to the resolution of any civil claim. Nonetheless it is essential to fully investigate and pursue all possible defendants to ensure proper justice is achieved.