Justice for abuse victim of a church youth worker 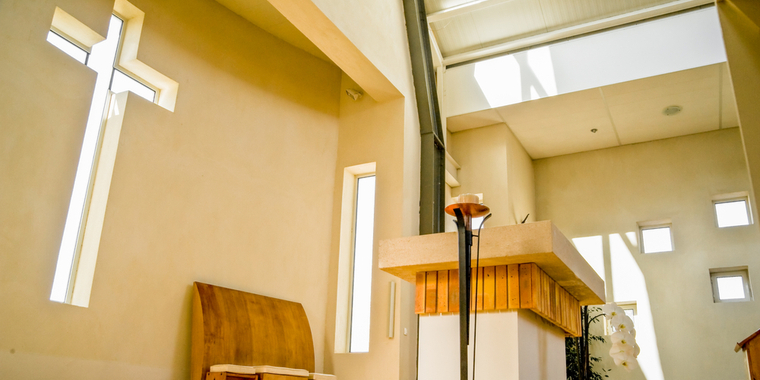 A former member of a Church Sunday School has succeeded in a civil compensation claim arising from sexual abuse by a church youth worker and has successfully obtained an out-of-court settlement in a civil action.

Having been in the care of a children’s home from an infant Miss X was adopted into a practising Christian family at the age of three. Her father was a curate (a trainee vicar) at an Anglican church in East Sussex.

“Y” was a volunteer trainee youth worker at the church, leading Sunday school, youth bible studies and helping with all the children activities. In this role, Y would help organise and attend family events such as barbecues and “sausage sizzle suppers”.

As a musician he would also lead worship such as Evensong and Evening Praise church services on a regular basis.  At the relevant time he was studying to become a lay reader and performed chalice duties at communion services, when he would wear a clerical robes. On occasions he would preach. As the curate’s daughter Miss X attended most of the  groups and activities Y was involved with.

Y would often visit Miss X’s home, grooming both her and her parents.  Being one of five children in the household, and given her early childhood trauma leading to her being placed in care, Miss X was particularly vulnerable.  Y took advantage of her vulnerability.

From about the age of 11- 12, Y began to show Miss X physical affection which developed into touching her inappropriately.  Such abuse became a regular occurrence, and escalated to digital penetration.  Y told Miss X that if she told anyone about the abuse no one would believe her, that her father would lose his job, and that she would be sent back to the children’s home.  She believed him.

The abuse culminated in Y raping  Miss X in his home, vaginally penetrating her and taking her virginity.  This caused a great physical pain and discomfort, and distress.  Y told Miss X that this was their ‘secret’ and ordered her not to tell anyone.

Y proceeded to become a vicar of the Church of England in the Sussex area.

In March 1994, Miss X reported the abuse to the police. It is understood Y was interviewed at Brighton Police Station and bailed. He was never prosecuted.

In April 1996, our client intruded on a Sunday service at the church in Brighton where Y was the vicar. She announced to his congregation at their vicar had sexually assaulted her as a child. She was ushered out rapidly by the churchwardens.

Miss X reported the abuse again to Sussex Police in 2013 after her mother made contact with the Diocesan Safeguarding Officer for the Diocese of Chichester. Again no police action was taken. In 2018 Miss X again made contact with her local constabulary, Devon and Cornwall police.  Once again no action followed but our client was advised should any corroboration evidence be received she may be contacted.

Exasperated by her repeated efforts to seek accountability from both the police and the church, Miss X commenced a civil action in 2018.

Even though Y was never prosecuted Miss X sought to pursue a civil claim to seek accountability from the church.  She alleged the church was legally responsible for the criminal acts Y committed against her, even though he was not formally employed by the church. She argued that the nature of his role as a trainee youth worker was such that the church should be vicariously liable for his actions.

Insurers for the church agreed to deal with Miss X’s claim, even though she was many years out of time, and did not have the benefit of a conviction.

In order to quantify Miss X’s claim she was examined for the purposes of her civil action by a court expert who was a psychiatrist.

Miss X described throughout her life being subject to intrusive memories, nightmares and flashbacks, triggered by cues which reminded her of Y’s abuse such as the smell of semen or urine, seeing male genitalia, beards and men’s trousers, or simply remarks such as, “you look nice”. In the past, Miss X had suffered from alcohol and drugs addiction and had been very promiscuous.

The court expert found that Miss X suffered Complex Post Traumatic Stress Disorder, and that on the balance of probabilities Y’s abuse was the primary reason for this.  She recommended lengthy and specialist psychological treatment for Miss X.

After negotiations at a Joint Settlement Meeting Miss  X a substantial five figure sum was achieved by way of an out-of-court settlement.

The church’s insurers also agreed to formally notify Y (retired from religious ministry) of the settlement, stating that they had accepted our client’s allegations.  Miss X explained that this part of her claim’s resolution was the most important to her, as Y had always told her that no one would believe her.

Whilst no amount of money can make up for the harm Miss X suffered at the hands of Y, it is hoped that the monetary settlement received will help Miss X to find closure and will also provide some recognition for the lifelong injury she suffered.

After the settlement Miss X said she was ‘very, very satisfied’.

If you have suffered sexual abuse and would like to discuss a possible compensation claim please contact a member of Emmott Snell Solicitors on 01234 360140 who are here to help.

Emmott Snell Solicitors understand we are all living in uncertain times and would like to reassure you that we are carrying on business as usual and able to make contact with you via email, telephone, SKYPE or Zoom.