Weinstein scandal triggers lawyer to sue for own abuse at Eton 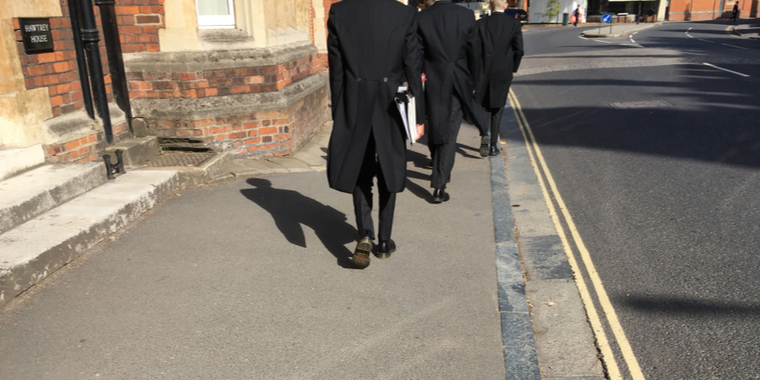 While the death of an abuser can create significant hurdles when considering legal options, a case our client has recently won demonstrates that pursuing justice in the form of a civil compensation claim is not always out of the question.

Our client, a lawyer, whose identity is protected by law, attended Eton College in the 1960s.

The abuse was committed by the headmaster at the time, Anthony Chenevix-Trench, now dead. Similar allegations have been made against Chenevix-Trenchby other former pupils of Eton.

The abuse took place while our client, who we will refer to as ‘J’, was studying for his ‘O’ Levels.  He was studying Latin Translation with Roman History when Chenevix-Trench took a special interest in him, inviting him to his private quarters for regular extra tuition. At the time J saw this as an honour.

After half an hour’s tuition the headmaster would devise a quiz on what J had learned. Every correct answer would be rewarded with ‘tuck’ or sweets.  But each incorrect answer brought corporal punishment.

Chenevix-Trench offered J a choice. He could be beaten with a slipper with trousers on, or with his trousers and underwear removed the beating would be by the headmaster’s bare hand.  For the punishment, Chenevix-Trench would sit in an armchair with J over his lap.

J became aware that the headmaster was gaining sexual pleasure from the beatings, and eventually complained to him. After that, he was no longer invited for private tuition.

Chenevix-Trench left Eton in 1969 to take up a similar post at Fettes, the Scottish public school. He has been a controversial figure for some years as rumours of his ‘punishments’ became widely known.

J’s experience at Eton has played on his mind ever since, and a psychiatrist has given as his opinion that he has suffered post traumatic stress throughout his life. Over the years, J has kept a note of the occasions when allegations against Chenevix-Trench were in the news.

He began mulling over whether to bring a legal action against him, but the feelings of shame, guilt and fear at not being believed remained strong.

The turning point came with the Harvey Weinstein scandal of 2017, when the Hollywood mogul was exposed as a sexual predator and abuser.

Although the circumstances were different, the revelations of how Weinstein had abused his power but had at last been exposed were what triggered J to take steps to bring about the same outcome regarding Chenevix-Trench.

It is only now, however, that J has been able successfully to bring a case against Eton, which is held responsible under law because Chenevix-Trench was headmaster there at the time.

Eventually the case was settled out of court for a five figure sum.

J has throughout his life been dogged by the memories of his abuse as a boy, and by a figure in authority who should have been beyond reproach.

He brought the case against Eton out of frustration, that for so many years Chenevix-Trench has held to be a figure almost of reverence while the allegations by J and others who suffered in similar ways were disregarded.

J’s lawyer was child abuse specialist Tracey Emmott of Emmott Snell.  Of the case she comments:

‘Historic abuse cases are always difficult because of the inevitable time gap since the offences took place and the difficulty in compiling evidence,’ she explains.

‘These days however the law can allow such cases to be pursued beyond the usual time limits, but the court’s discretion is required which is not exercised lightly.

‘In this case, J has been haunted by the abuse he suffered throughout his life, and the crushing frustration which came from knowing that Chenevix-Trench was apparently untouchable.

‘Well for a long time he was, but even after his death the law caught up with him in the end.  It’s fascinating that it was the Harvey Weinstein scandal which finally persuaded J to act, and the results have borne out his decision.

‘I wonder how many other people that story may have provoked into standing up and at last taking action against an abuser.’