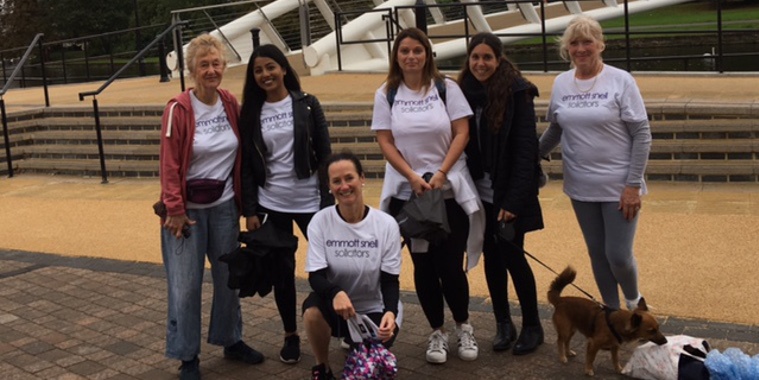 On 21 September 2017 Emmott Snell took part (and we are pleased to say completed!) the Bedford Legal Walk, a 10km sponsored walk around Bedford. The walk started at Riverside Square and ended at the Park pub for a well deserved beverage where a raffle was held to raise further funds.  The walk was organised by the Eastern Legal Support Trust to raise money for local advice services. Emmott Snell are pleased to be supporting Bedfordshire Victim Support, and delighted to have exceeded our fund raising target of £500. Emmott Snell would like to express our thanks to all our sponsors, fellow walkers and marshals and those kind enough to donate raffle prizes. If you would like to donate to please visit our fundraising page.

END_OF_DOCUMENT_TOKEN_TO_BE_REPLACED 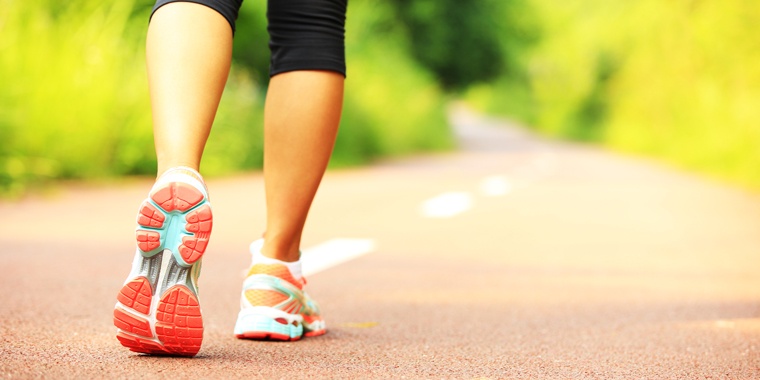 Emmott Snell are delighted to be taking part in the Bedford Legal Walk organised by the Eastern Legal Support Trust.

END_OF_DOCUMENT_TOKEN_TO_BE_REPLACED 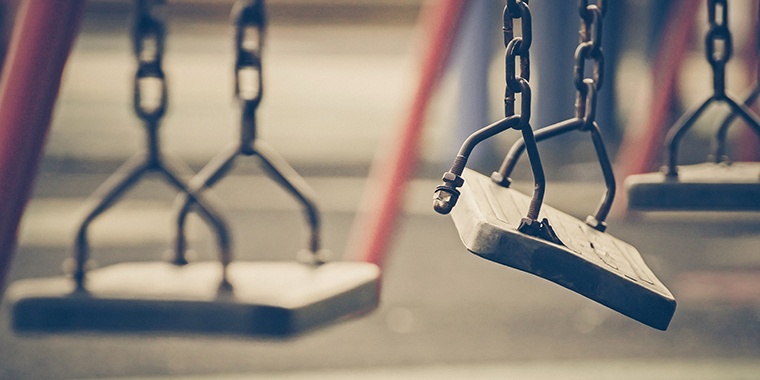 A survivor of sexual abuse by one of Britain’s most notorious paedophile shines light on stories of high level conspiracy allegedly involving senior political and establishment figures.
Stephen Briggs, now living in Scotland, has won a legal action against the school where abuse first took place, and he has been awarded a five figure sum in damages.
Mr Briggs, now 51, was 12 in 1977 when he was first assaulted, whilst a pupil at the Cavendish School in Ealing, London.

END_OF_DOCUMENT_TOKEN_TO_BE_REPLACED 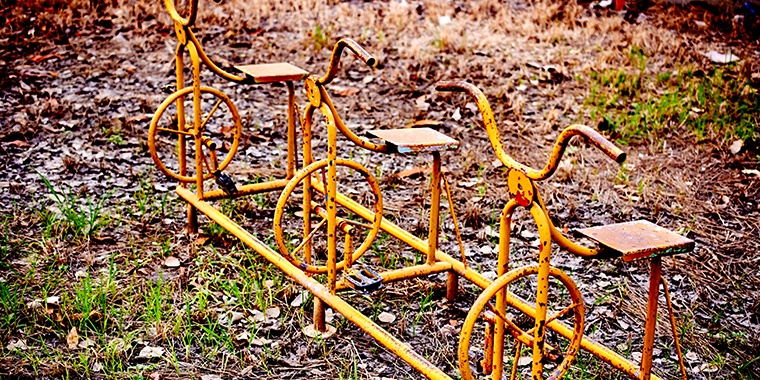 Press Release: A former Bedfordshire children’s home worker was today proven to have committed sexual and physical assaults on boys in his care following a 6 week trial at the Old Bailey.
James McCann was found to have committed 42 out of the 50 charges against him, including causing bodily harm, indecent assaults, and indecency with children.
McCann pleaded not guilty to all charges, but on the second day of his trial last month he was taken ill.

END_OF_DOCUMENT_TOKEN_TO_BE_REPLACED 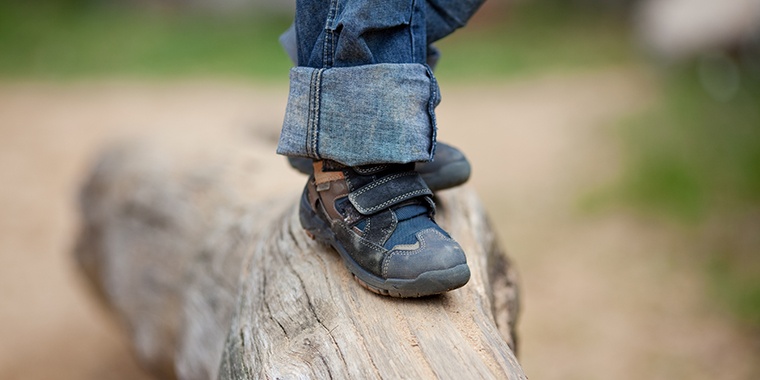 One of six high profile former victims of a disgraced paedophile has donated his £30,000 damages award to an orphanage in the slums of Nairobi, in Kenya.
The six men were all abused as children by David Lowe, a former house master at two prestigious catholic schools, Westminster Cathedral Choir School in London and Ampleforth in Yorkshire.
In February 2015, Lowe was convicted at Southwark Crown Court of abusing 10 former pupils between 1978 and 1984, and sentenced to 10 years’ imprisonment.

END_OF_DOCUMENT_TOKEN_TO_BE_REPLACED 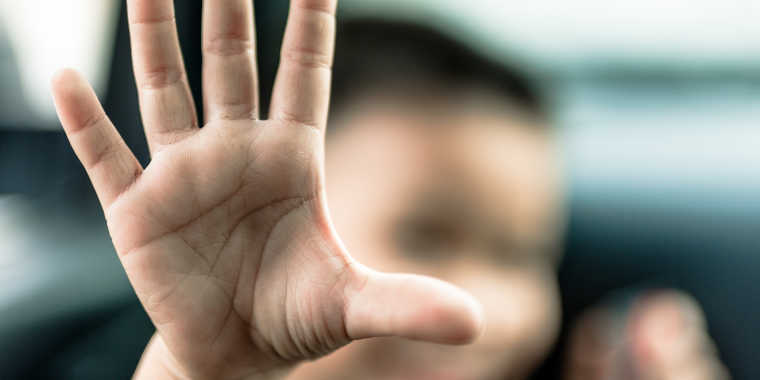 St. Francis Boys' Home Criminal Trial - Scout Master Convicted Two key carers at a Catholic children's home have been charged with offences against children during the 1960s and 1970s. One of them, a scout master, Christopher Cahill, ran a scout troop specifically for boys at the home between 1965 and 1966.

END_OF_DOCUMENT_TOKEN_TO_BE_REPLACED

A girl from the Stowmarket area who was sexually abused by her grandfather has been awarded a six figure sum in compensation for her psychological injuries.

Miss B was seven when the assaults took place in August 2002. Her grandfather was found guilty of indecent assault at a criminal trial at Ipswich Crown Court in August 2008.

He was sentenced to 12 months' imprisonment and his name was recorded on the sexual offenders register.

Miss B attended a child psychiatrist, Dr Robin Benians. His view was that she suffered a major depressive disorder and post traumatic stress disorder. She also showed symptoms of aversion. All those problems were attributable to her grandfather's conduct towards her.

END_OF_DOCUMENT_TOKEN_TO_BE_REPLACED 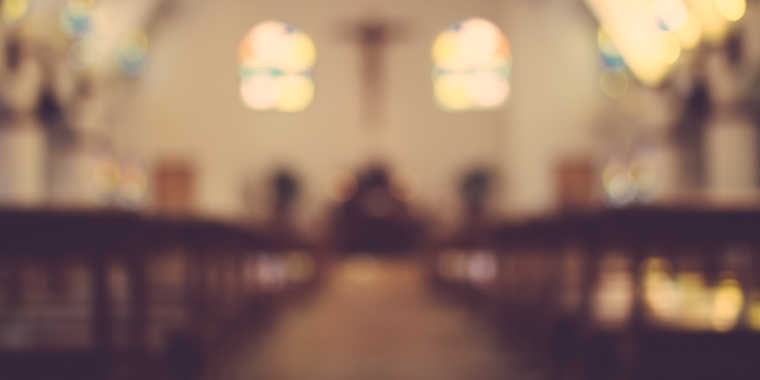 'It is testimony to her courage and integrity that the survivor who brought the allegations against George Bell has been prompted to speak out...

END_OF_DOCUMENT_TOKEN_TO_BE_REPLACED

Our client Bishop George Bell's victim compelled to speak out 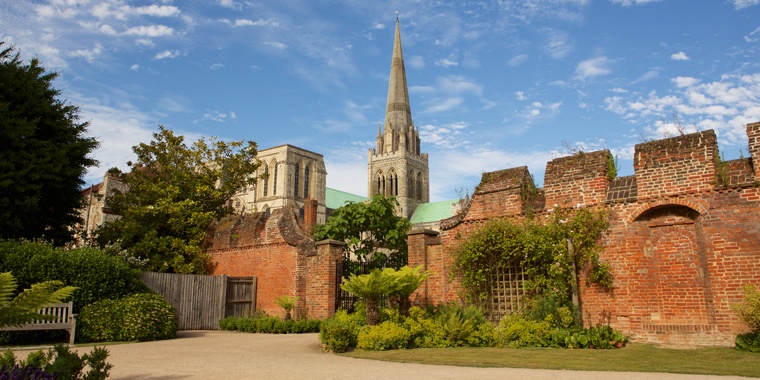 See full article from The Argus: